A Little Tribute to Murphy Anderson

Murph is probably my favorite artist of the Silver Age, since Dick Sprang was only around for the first half of the era. And among inkers, Anderson had no peers, only envious rivals.

Anderson was probably best known in the Silver Age for his work on Hawkman. Here's an example of his work from the first issue of that magazine: 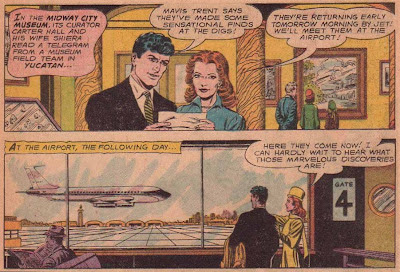 Notice the intricate work that Anderson adds to his pencils; the inks on the jacket of the man in the background of the first panel really stand out. That's one thing noticeable about Anderson's artwork; he had lots of little bits in the background that make you feel like you're really there, like the hangars, the flight control tower, and the cityscape in the second panel. Of course, he does blow one small detail; more about that later.

Anderson was a master of sequential art; do we need any words here? 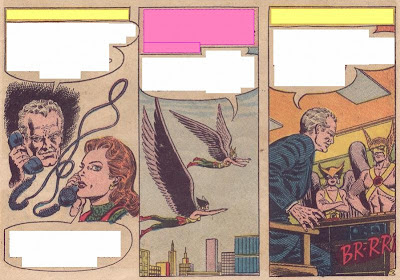 And look at the beautiful scenery in these panels: 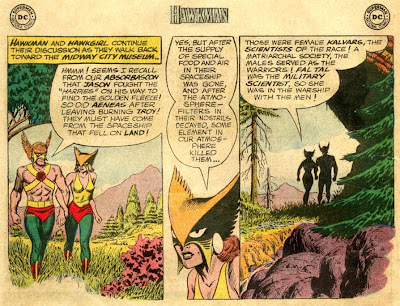 Because Anderson was so solid at detail, he could draw smaller figures to give us more of a "wide-screen" feel to his panels: 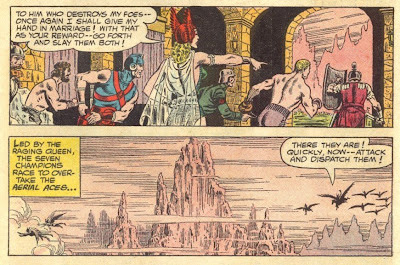 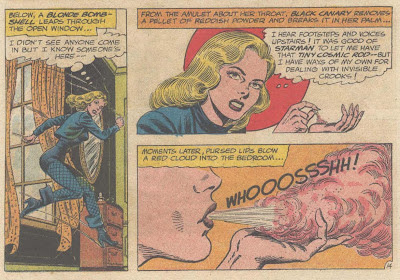 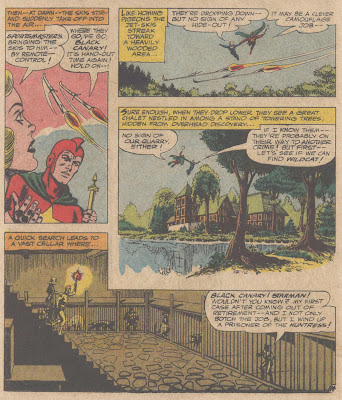 You definitely get the impression that Anderson was a master artist working extremely diligently to make sure that everything is perfect. Notice the reflection of the house in the water. That is beautiful.

Anderson spent the early years of the Silver Age laboring on DC's science fiction magazines, mostly on one-shot stories and characters, although he did create the terrific Atomic Knights series.

Blown detail. Look at the second panel of the first picture I posted. Notice the plane coming in for a landing without its landing gear down?
Posted by Pat at 1:30 PM