In their first several appearances, the members of the Legion of Super-Heroes were somewhat asexual. This is not that surprising, since they initially encountered Superboy, who almost never acknowledged an interest in girls.

However, we learned over time that they could be just as hormone drenched as real teenagers. The first hint appears to be in Action #276, where Supergirl and Brainiac 5 are inducted into the Legion together. Later: 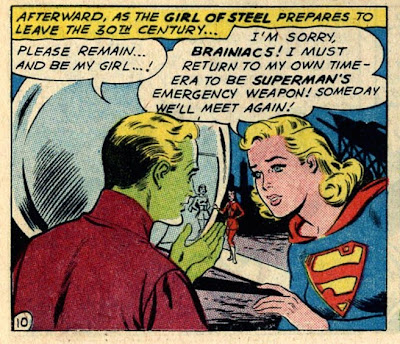 In Action #289, we learned that at least one Legion romance led to the altar: 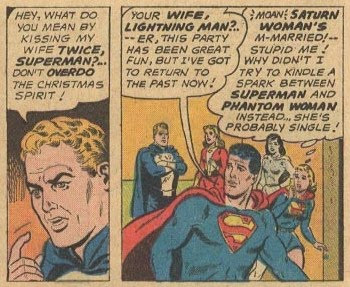 In Adventure #311, we learned that Night Girl, a member of the Legion of Substitute Heroes was sweet on Cosmic Boy: 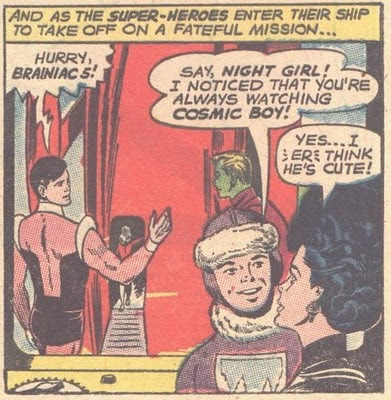 In #316, Phantom Girl expresses her admiration for Ultra Boy: 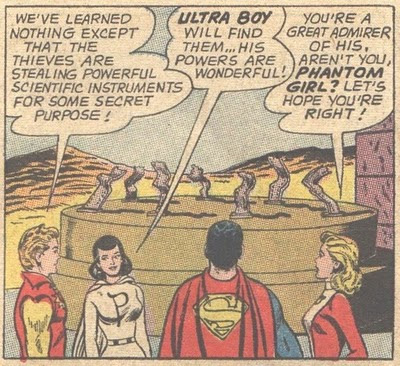 The very next issue of Adventure features the first appearance of Dream Girl, and all the boys go gaga over the platinum blonde: 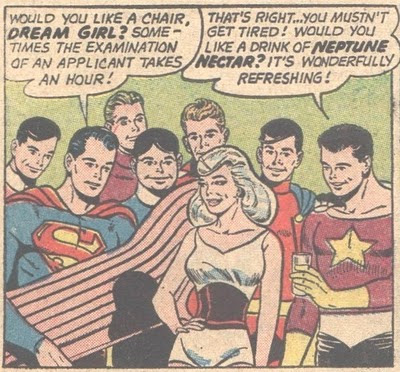 In Adventure #321, Bouncing Boy loses his powers, slims down, and picks himself up a plumper: 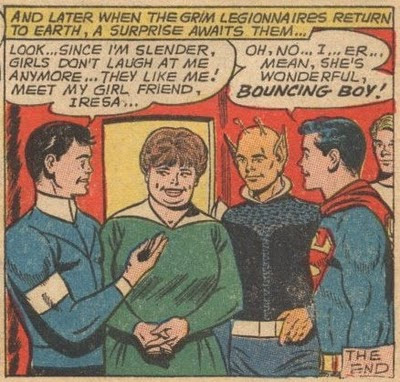 Of course, much later he'd, err, pair up with Duo Damsel.

Shrinking Violet didn't shrink away from Duplicate Boy, even though he was supposedly the leader of a gang of crooks: 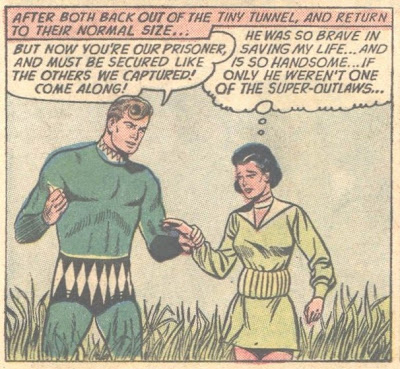 In actuality, however, Duplicate Boy and the rest of his group had been duped into attacking the Legion, and in the end of the story, Violet and he appear to be starting a romance.

Adventure #326 featured The Revolt of the Girl Legionnaires, a zany story where the girls are hypnotized into destroying their male counterparts. As part of their plot, the gals pretend to be interested in some of the boys. For example: 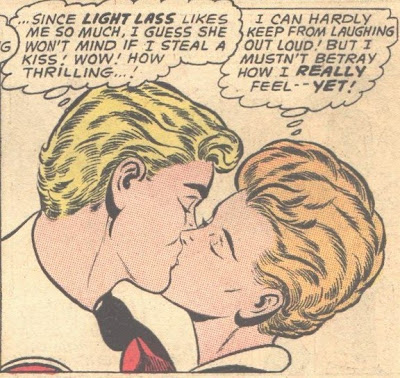 But the romances are all phony, and none of the gals were later romantically linked to their chosen victims in this case. In fact, Light Lass (shown kissing Element Lad there), met her chosen beau in the next issue: 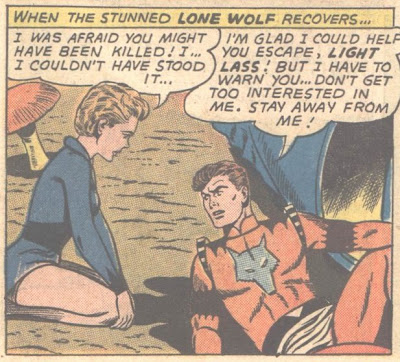 In Adventure #329, a reader wrote in requesting more romance: 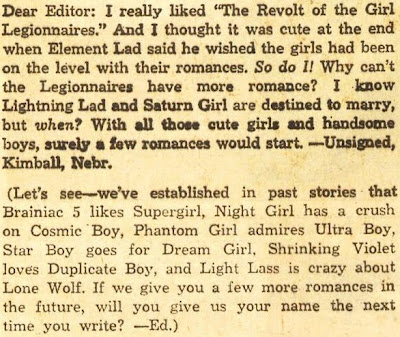 That takes us through the first 30 issues of the Legion in Adventure, and seems like a good breaking point. Still more Legion love to come!
Posted by Pat at 4:14 AM