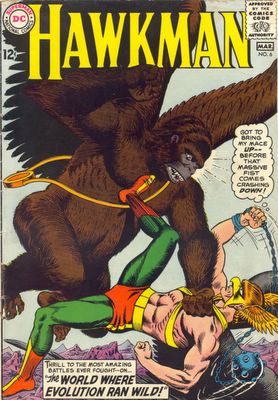 hawkmanweapons
Posted by Pat at 6:25 PM No comments:

The Early Legion of Superheroes

The first appearance of the Legion was in Adventure #247, April 1958. Superboy is startled when several young people reveal that they know his secret identity. It turns out that they are superheroes from the future who have traveled back to Smallville to visit history's greatest hero. 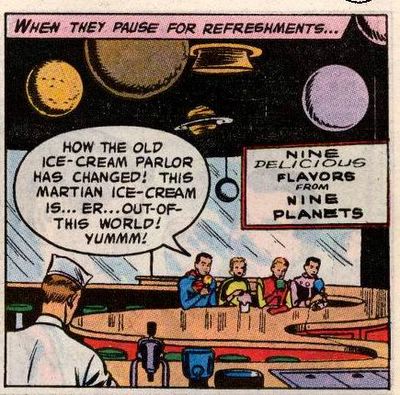 They offer to induct him into their club, but insist that he pass a test first. The test is to defeat any of the three members of the Legion in a contest of heroic deeds. Unfortunately, every time Superboy gets ready to compete, his abilities are needed elsewhere, so he loses every contest. The Legion members regretfully inform him that he has been rejected. Despite being devastated, Superboy says, "No hard feelings", and turns to leave. Fortunately for him this was the last test. It turns out that the Legion members had caused the incidents requiring Superboy's attention to see if he would do his duty first before pursuing the honor of being inducted into the club. Very similar ending to #240, where Jor-El sends a robot to Earth to test Superboy's abilities. At the end of that story, the robot tells Superboy he has failed and must agree never to use his powers again. Superboy agrees at which point the robot reveals that was the final test. In this first story, there are only three named members of the Legion (Cosmic Boy, Saturn Girl, and Lightning Boy, whose name would later be changed to Lightning Lad), although Brainiac 5 obviously appears on pages 5 and 11 of the story.

In Adventure #267 the Legion returns. This time they interrupt Superboy's efforts to do good deeds and quickly turn Smallville against him. He leaves for space, but finds himself trapped by the Legion on a word devoted to Superboy's heroism. It turns out the Legion has seen pictures of the "future" which indicate he will go bad and destroy US military installations in five years. Interestingly, there is no real discussion of the propriety of "preventive detention". In the end, it turns out that the reason for the destruction was at the orders of the US President.

In Action #267, Saturn Girl, Lightning Lad and Cosmic Boy appear again, this time meeting Supergirl (whose very existence was unknown at the time). This is the first time they appear in the costumes that they will wear for the rest of the Silver Age. Saturn Girl had worn a green and yellow outfit in Adventure #247 and had brown hair in Adventure #267, while Cosmic Boy had a purple outfit in the latter issue instead of the pink duds he wore later. Oddly, the Legion members claim to be the children of the Legion members who had appeared in the earlier stories, although this notion quickly went by the wayside. In several places this story is a rehash of the Adventure #247 story, with Supergirl expressing delight and surprise at the exact same things that her cousin had a few years earlier. 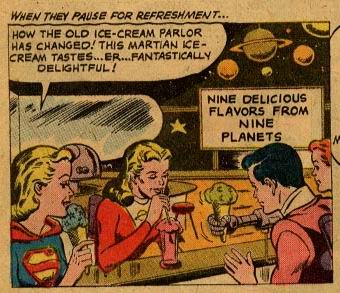 This is the first official appearance for Legion members Colossal Boy, Chameleon Boy and Invisible Kid. Unfortunately for Supergirl, when she performs her initiation feat, she passes too close to a chunk of red Kryptonite, which turns her temporarily into an adult and thus makes her ineligible for the teen-aged Legion.
Posted by Pat at 10:19 PM No comments:

It's in Salon, so you have to put up with an ad to read the whole thing, but it's worth the effort.

Sixties hipsters thought that Ditko's urban realism and trippy visions meant that he was one of them. They couldn't have been much more wrong. Around the time that Ditko fell out with Marvel Comics in 1966, he became fascinated with Ayn Rand and objectivism, and his work started to take on a severe and increasingly strident right-wing tone.

Not sure how old Douglas Wolk is, but he's probably not remembering how left-wing everything seemed to be getting in America in the late-1960s. Ditko's comics were indeed a little strident, but they were a lone voice of sanity in a youth culture that was increasingly flirting with communism, moral relativism and nihilism. I have some scans of Ditko's work in this period including the terrific Blue Beetle issue that might as well be a primer for the works of Ayn Rand.
Posted by Pat at 1:16 PM No comments: