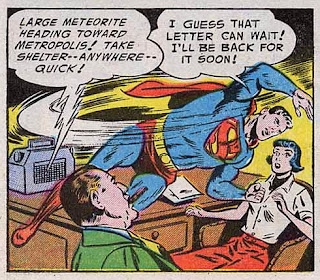 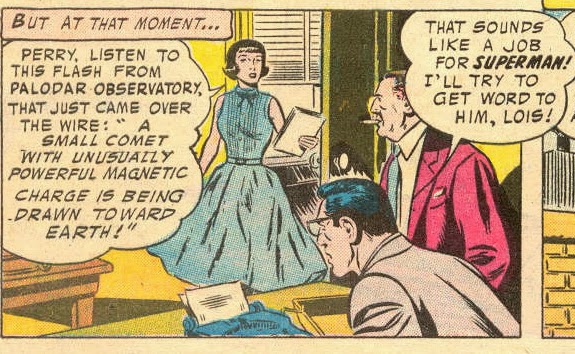 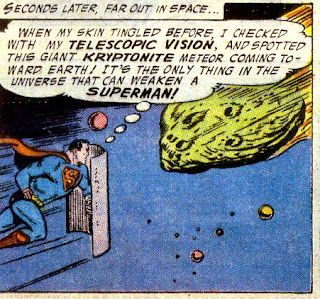 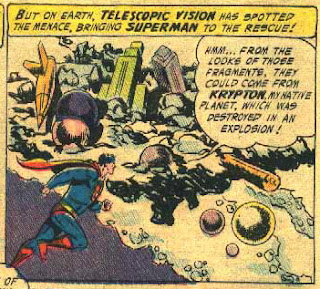 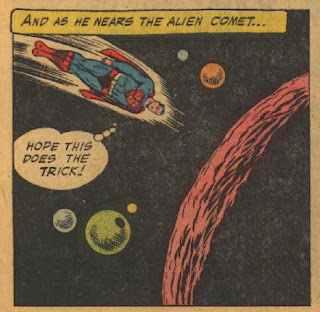 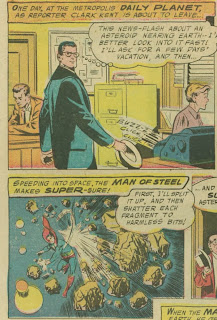 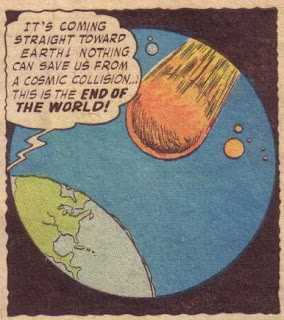 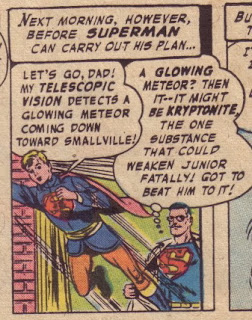 I'll see if there are any further examples of this.  I seem to recall that one of the episodes of the Superman TV show in the 1950s also featured Superman saving Metropolis from an asteroid.
Posted by Pat at 10:30 AM 5 comments:

The Man in the Background

I've been remiss in posting a lot lately, but I've also been reading a lot of comics that fall outside the target of this blog; I'm working my way through a couple of series, including the 1970s Flash issues and Cerebus. But as it happens, I got a hankering to read the Action Superman stories starting from issue #200, and I began noticing the man in the background of a lot of scenes set at the Daily Planet offices. And I do mean a lot. Action #200: 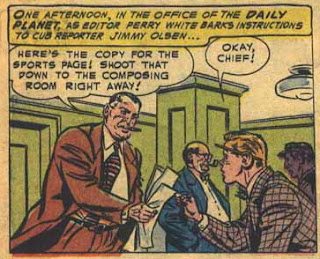 That's the only instance I can find so far of him having any lines, but he appears quite often: 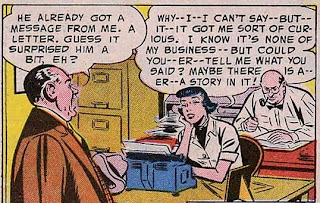 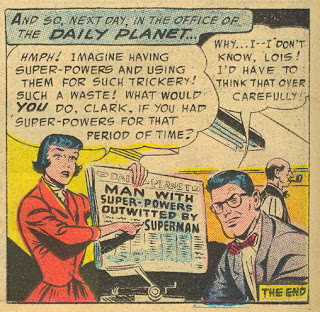 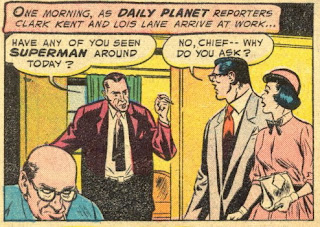 He's also the little man in this picture which was pointed out by longtime commenter Ralph C: 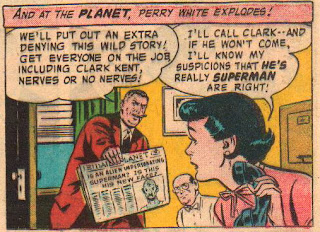 There's not really any mystery here; apparently Superman artist Wayne Boring put editor Mort Weisinger into a lot of panels as an inside joke. 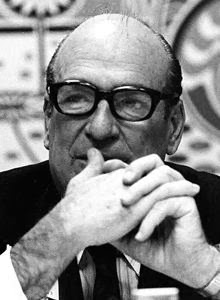 Update: For a more biting look at Mort Weisinger from Boring, check here. Hat tip to commenters Wordsmith for the suggestion and Diane for the link.
Posted by Pat at 10:07 AM 2 comments: