Letting the Hulk Out of the Bag

As I have discussed in the past, the secret identity thing could be considered a fate not quite as bad as death. That is, because even the dullest reader in the Silver Age pretty quickly realized that the main hero in a comic never died no matter how close he came (or somehow came back to life after a brief period of time), the secret identity reveal became something that could credibly happen and cost the hero quite a bit as he would either have to retire or create a new identity.

Of course, the problem is that editors back then did not want to create new identities for their established heroes. Oh, they might tease us with it occasionally, and sometimes (e.g., with Superman) more than occasionally, but the story would end in one of a few ways: the discoverer would be conned into thinking that somehow he had gotten it wrong, would suffer amnesia, or would die by the end of the story. On exceedingly rare occasions, the discoverer would turn out to be trustworthy and keep the secret.

Even Marvel was not above using the secret identity revealed "teaser": 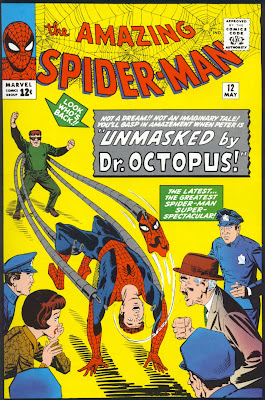 In that instance, Peter Parker had the flu and fought so terribly that everybody who watched the removal of his mask ended up believing that he had just pretended to be Spiderman. That's why Tales to Astonish #77 stands out as something new: 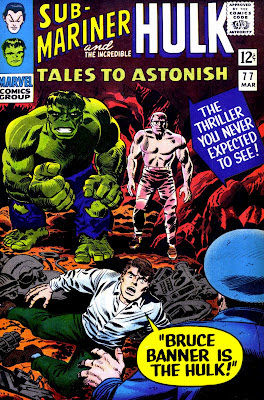 And it was no tease; inside, Rick Jones, convinced that Bruce Banner is dead, reveals his secret to Major Talbot: 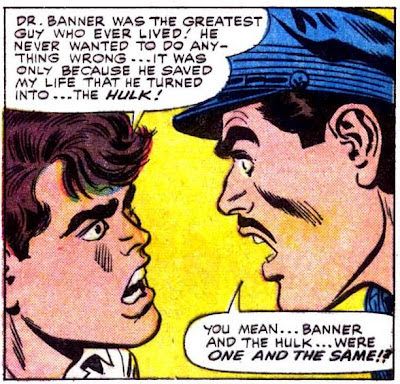 And not only did Major Talbot not die, but Rick went on to tell Betty Ross, Banner's girlfriend: 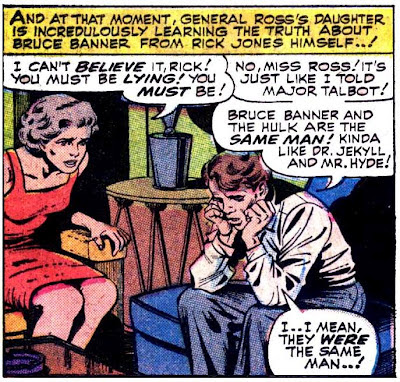 You know the old joke? Two people can keep a secret if one of them is dead. Well, with Rick and Talbot and Betty knowing about Bruce Banner being the Hulk, it isn't long before the word gets pretty widespread: 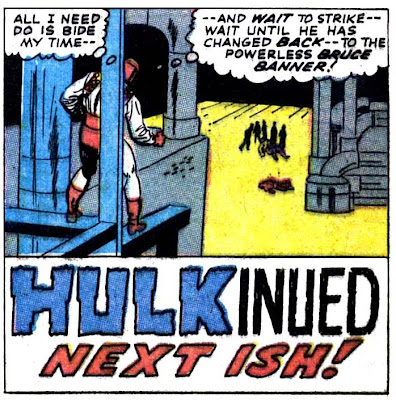 Even the President finds out: 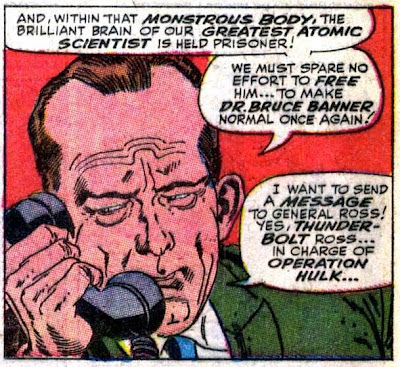 And so the Hulk becomes the first superhero to have his "secret" identity widely revealed.

Note: The Fantastic Four and Doctor Strange never really had secret identities (although in the Strange Tales series it is strongly implied that nobody knows Johnny Storm is the Human Torch), and the Elongated Man decided to let everybody know his real identity of Ralph Dibny voluntarily.
Posted by Pat at 7:26 PM 8 comments:

Hawk and the Dove #6 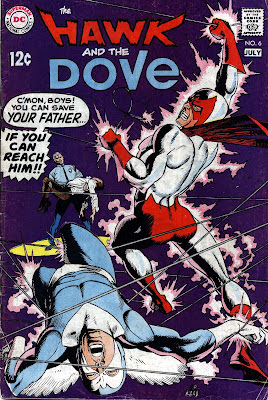 As the 1960s drew to a close, DC was under continuing financial pressure to raise prices due to inflation. As a result, many titles were discontinued in 1969: Angel and the Ape, Atom and Hawkman, Bat-Lash, Captain Action, Beware the Creeper, Metal Men, Secret Six, Spectre, Windy and Willy and the Hawk and the Dove. In fact this was the final issue for the title. Ditko and Skeates, the original creative team on the title were gone by this time; according to the GCD this issue was both scripted and drawn by Gil Kane, with inks by John Celardo. As the story begins, Hank and Don discover that their father being beaten by a hood, who apparently intended to kidnap him. Don stays with Dad while Hank impetuously chases the mugger, giving Kane the opportunity to do what he does best:

Smek? Unfortunately, the creep is tougher than he looks and he gets away. The next day, the boys arrive home from school to find that he's returned, and this time he managed to abduct Pops: 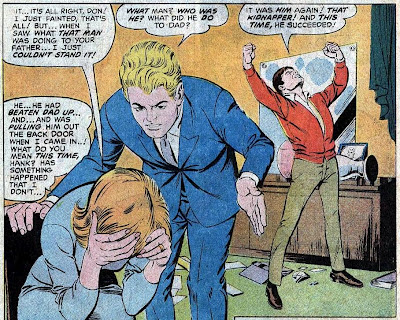 The lads try to track down the kidnapper in their own ways; Hank beats up hoods in an effort to find out who had it in for the judge, while Don does some detective work: 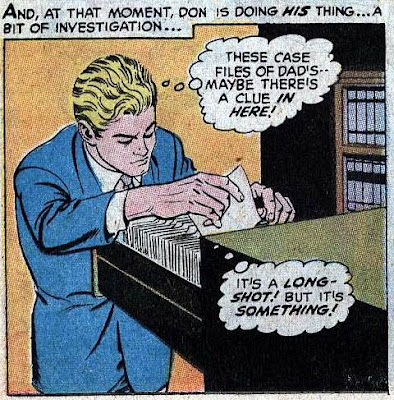 Both of them come to the conclusion that their dad has been kidnapped by the son of a man that the judge had sentenced to prison. Sure enough: 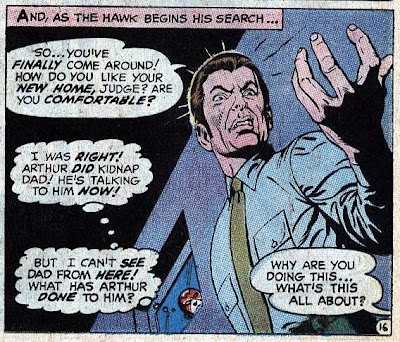 They don't really have much trouble kayoing the guy and rescuing their father, who of course kvetches about the danger they put him in: 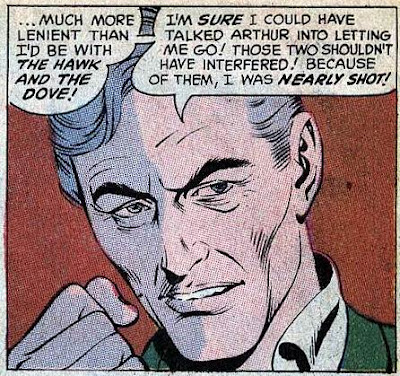 The story ends on an ominous note: 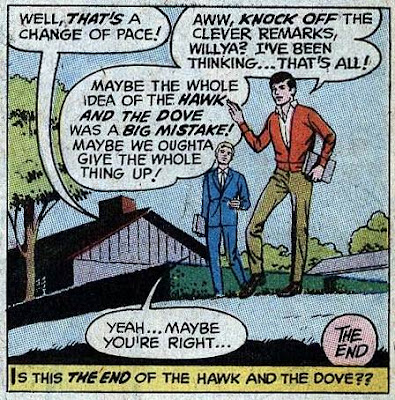 As mentioned before, this was the final issue of the Hawk and the Dove. They made semi-regular appearances in Teen Titans for the next few years.
Posted by Pat at 10:19 PM 2 comments: 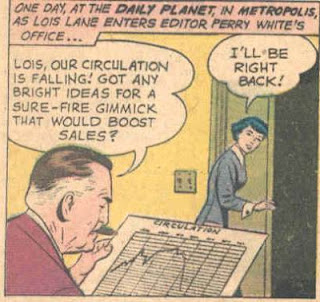 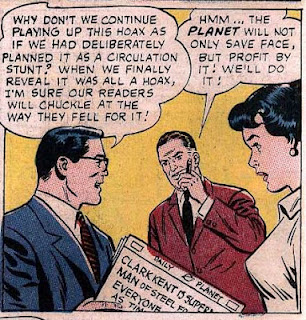 Any more examples out there of Perry looking for gimmicks to boost circulation?  I am sure there are plenty.
Posted by Pat at 12:43 PM 5 comments: