The Scientofascism of Silver Age DC Comics Part I

One of my all-time favorite Superman stories is the three-parter from Superman #132, where we learn what would have happened to Kal-El had Krypton survived. Some of the technology obviously sounds good: 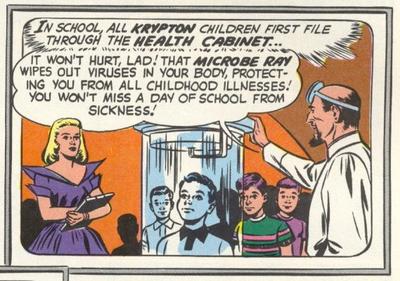 But this part is positively creepy: 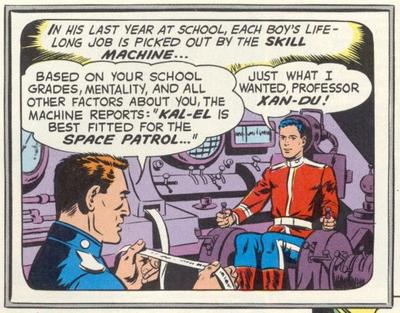 But it turns out that Kal's slated for dispatcher duty, not a space-jockey. And there is no appeal: 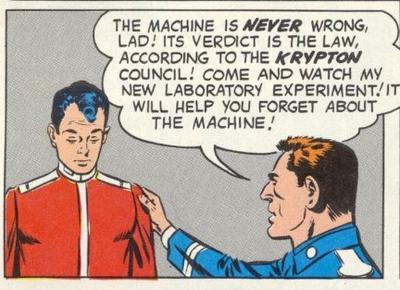 Well, you know it's kind of the scientific way of doing things--figure out what the aptitudes of the various students are and point them towards a career. Except for the obvious problem--what if the computer screws up? 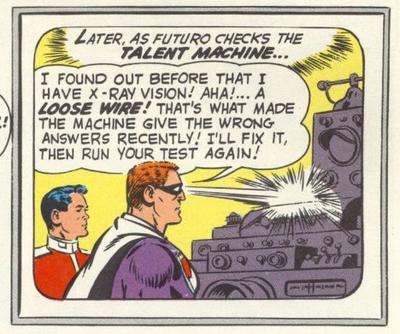 Hilariously the machine gets fixed by the Kryptonian Superman, and of course everybody's still willing to abide by the results: 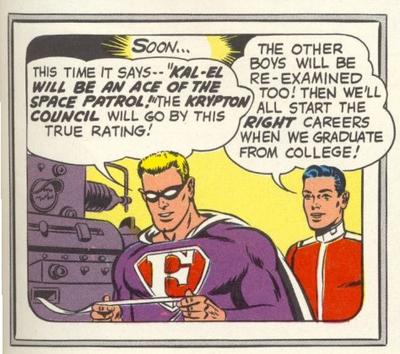 DC introduced Adam Strange in Showcase #17, (Nov-Dec 1958). He was an archaeologist, who, in an attempt to escape bloodthirsty natives, jumped a 20-foot chasm and suddenly found himself trasported across millions of light years of space to Rann, an alien world remarkably populated by humans, including the lovely Alanna and her scientist father Sardath.

It turned out that Adam had been picked up by chance by the zeta beam, a ray that Sardath had been sending towards Earth periodically. He arrived on Rann just in time to save it from some disaster or other, and after a few weeks the zeta beam would wear off, sending him back to earth. Fortunately, he always seemed to know the locations where the next few zeta beams would hit.

Although the series was excellent, I'm going to focus today on the ways it was a little cliched. For example, in every episode it was required that Adam deal with some problem catching the zeta beam: 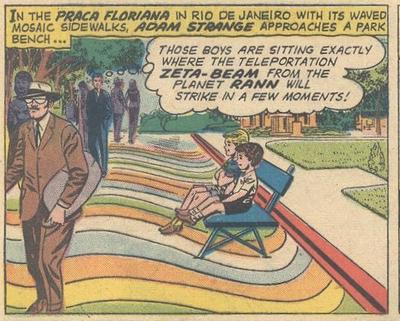 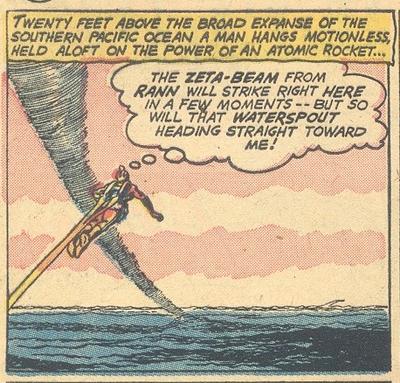 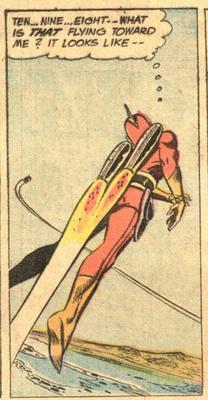 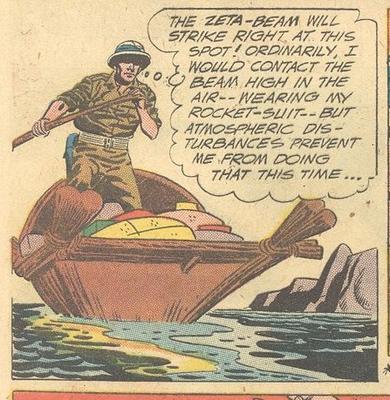 And inevitably it seemed that whenever Adam arrived, some crisis would hit Rann either just before or shortly after: 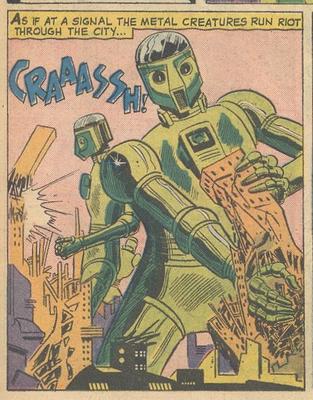 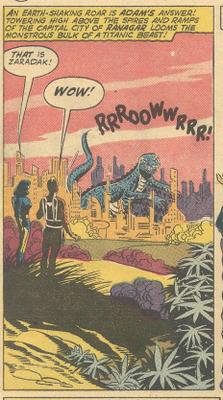 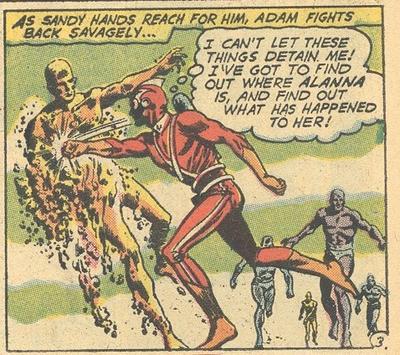 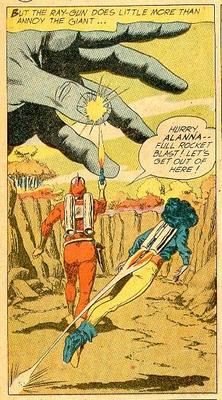 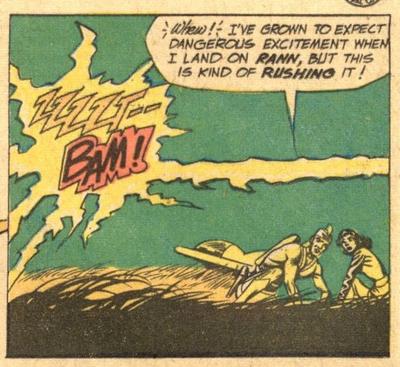 Indeed it was this latter cliche that led to one of the major problems with the series. More on that in a later post.

Email ThisBlogThis!Share to TwitterShare to FacebookShare to Pinterest
Labels: Adam Strange, Mystery in Space
Newer Posts Older Posts Home
Subscribe to: Posts (Atom)
Contact me: pcurley49+6 at gmail dot com (do the arithmetic to get a usable email addy).