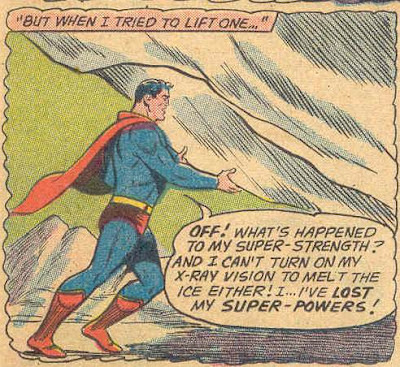 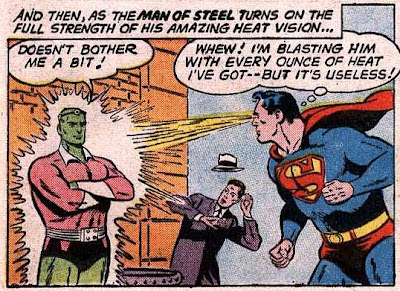 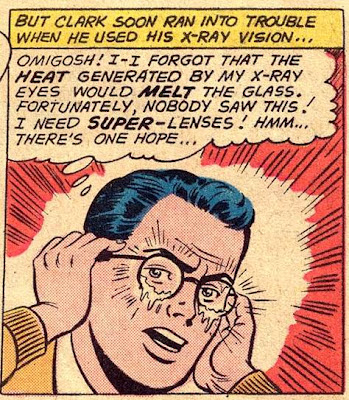 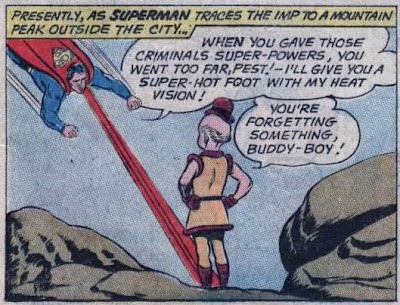 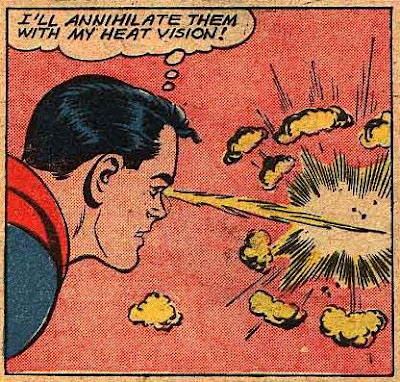 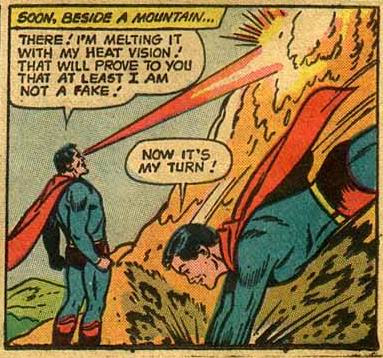 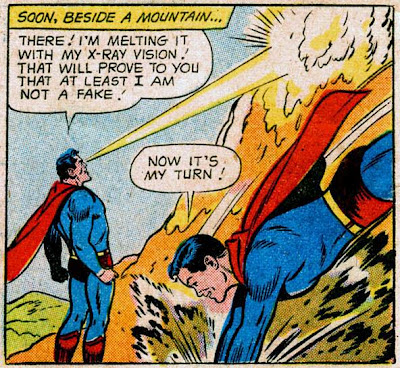 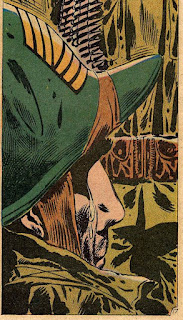 Can't See the Fortress for the Keys...

When I wrote the last post, I looked ahead for the next few from Action #251 to see if there were any more appearances of the small (or large) key to the Fortress of Solitude.  However, when I slowed down to actually read those stories, I found something rather amusing.  In Action #253, Superman cautions Jimmy Olsen: 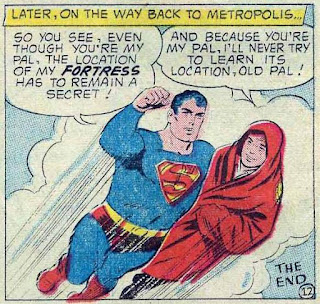 Okay, Supes, mum's the word. Except, in Action #252, the issue published just one month before that panel:

This is one of the most important dividing points in the Silver Age of Comics, and yet, when you try to draw it, you realize just how shaky the line is.  If we look at, for example, Action #230, the July 1957 issue in the Grand Comics Database (a terrific resource), we find the following under editor:

We know that Ellsworth was in Hollywood, pushing DC's properties for TV and movies, and that his involvement in the comics was presumably minimal.  Schiff probably ran DC's offices at the time, and Weisinger did the Superman books.  But....

Well, there are problems with even this chain of command.  First, both the Weisinger titles (the Superman line) and the Schiff titles (which included Batman, Detective, World's Finest and Blackhawk, among others) dramatically changed once the name on the indicia was adjusted to reflect the "actual" editorship of those books.

This indicates to me that Ellsworth still exercised some strong control over DC even from Hollywood.  Remember, this is in the days before email and when even fax machines were uncommon, so it's unlikely he could have been vetoing art.

Ah, but there's the rub.  The inability to veto art implies also that art goes through, and if we look at the DC Superman art before Weisinger's name officially appears on the indicia, we can see that art tended to go through in that era, whereas it got stopped once Mort was given official credit.

For example, consider this panel from Action #231: 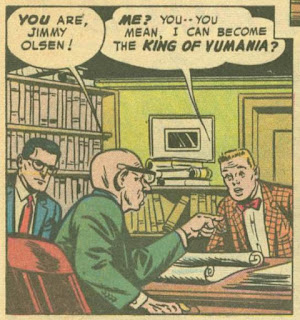 As you can see, that bears only a slight resemblance to the Silver Age Jimmy Olsen. And that's not some fluke; Jimmy's appearance was only consistent in his own magazine.

It's pretty clear that Weisinger began exerting more control over Superman's appearances at least as early as Action Comics #241, which featured the first appearance of the Fortress of Solitude: 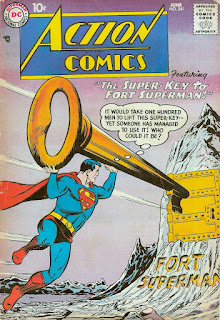 Reading the Superman stories in Action 230-240, I found no real continuity; each story was a one-off, and they could have been published in any order.  But starting with the above issue, there was a definite change, as the Fortress and the Bottle City of Kandor (which appeared in the following issue) became continuing plot points.   So it's tempting and natural to assume that Weisinger began to really take charge around this time.  But there are still problems.  A one-time mistake on the depiction of the key, for example?  Nope, it was often shown that way in the next few issues: 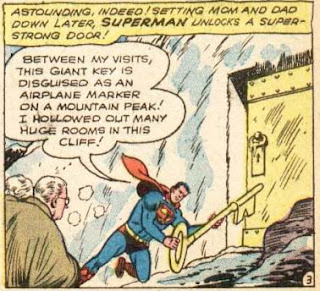 That's from Action #247, a full six months after the intro, and given that the key had been established a few times as looking nothing like that (for example): 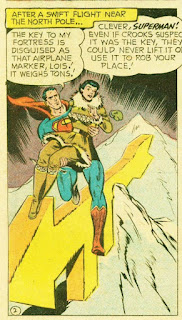 Weisinger, a stickler for detail, apparently accepted the artwork shown for #247.  A similar problem arises with #249: 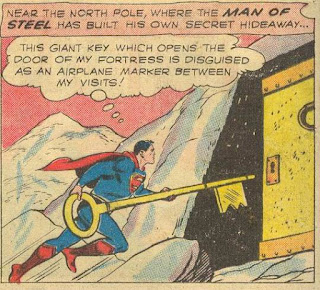 However, with #250, the editorial change became official; Weisinger's name first appears in the indicia of that March, 1959 issue.  That does not mean that the problems ended.  Action #251 showed the small key again.  But after that, things pretty much got standardized across the entire Superman line.  Oh, there were still some occasional bloopers, like this oddball version of Kandor from #253: 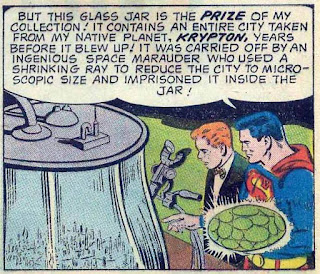 And, as I discussed many moons ago, Supergirl's skirt was occasionally colored red instead of blue.

So, my take?  I accept that Weisinger edited the line well before 1958, but that he did not take anywhere near as active a role as he would starting with Action #241.  After #250, he definitely made a more serious attempt to standardize the looks of characters and objects like the Fortress Key and the Bottle City.