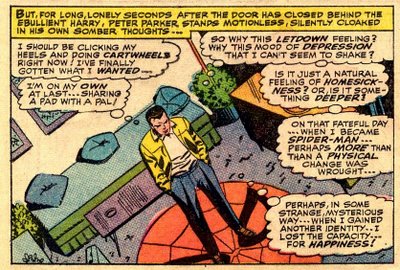 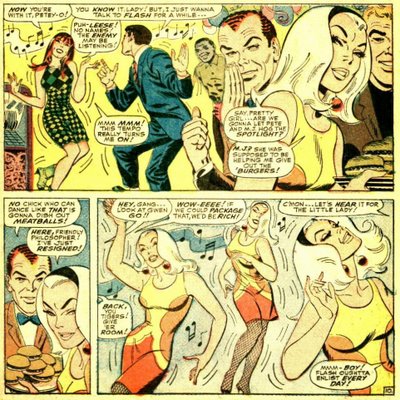 But eventually the battle starts. Kraven decides to kidnap Harry, who's with Peter at a going-away party for Flash Thompson, who's been drafted into the army as discussed in earlier issues. Peter sneaks away and reappears as Spiderman. He taunts Kraven into dropping Harry and they fight. This time Kraven defeats him with his ray, but stops short of killing him when Norman Osborn shows up. However Kraven is baffled when his jungle senses tell him that Osborn doesn't remember him at all. Of course, he had no way of knowing that Osborn has amnesia about his Green Goblin years. Kraven decides that his victory over Spiderman is enough and dashes off.
Posted by Pat at 6:22 PM No comments: 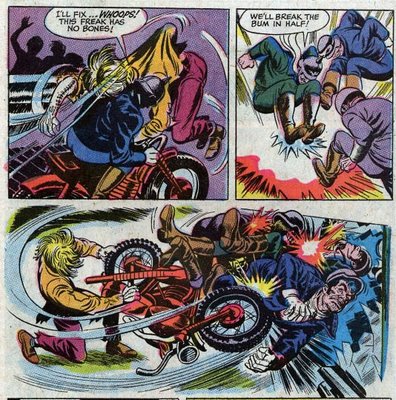 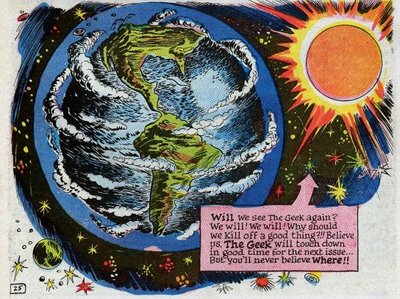 While sales of the title were modest, Brother Power was not popular among the staff. DC Comics artist Carmine Infantino claimed in an interview that Superman editor Mort Weisinger disliked the character very strongly, and petitioned DC publisher Jack Liebowitz to shut down the title. Weisinger hated hippies and felt that Simon portrayed them too sympathetically.
Posted by Pat at 7:24 PM No comments: