Okay, obviously this is a little off-topic, but late last month I was contacted by the writer of a new sci-fi comic who hoped for a review. I was particularly impressed because I get these pitches all the time from people looking for a link who indicate very strongly that they haven't looked at my site and don't realize that it has nothing to do with getting a diploma online, or whatever they're pitching.

Matt Ritter, on the other hand had clearly looked over the site.  He frankly acknowledged that perhaps it wasn't a perfect fit for a modern comic.  So I agreed to look it over and no, it's not a perfect fit for Silver Age comics fans.  But it's still a lot of fun, and actually fits in with another of my passions which many of you may share: old-time video games.

Nova Phase is about a young female bounty hunter trying to get off into space.  When she captures the notorious criminal Fred "Quick-Draw" Gunnard, she apparently has enough cash to fulfill her dreams.  But... let's just say there are unexpected expenses and she is discouraged.  Fortunately she had relieved Quick Draw of his lucky coin, which turns out to be the object of a galaxy-wide hunt.

I'd tell you more, but that's all I know right now.  The artwork is intended to have the look of an old-fashioned RPG along the lines of Sega Genesis's classic Phantasy Star, (an old favorite of mine) and it's superbly executed with solid sequential drawing.   Here's a look: 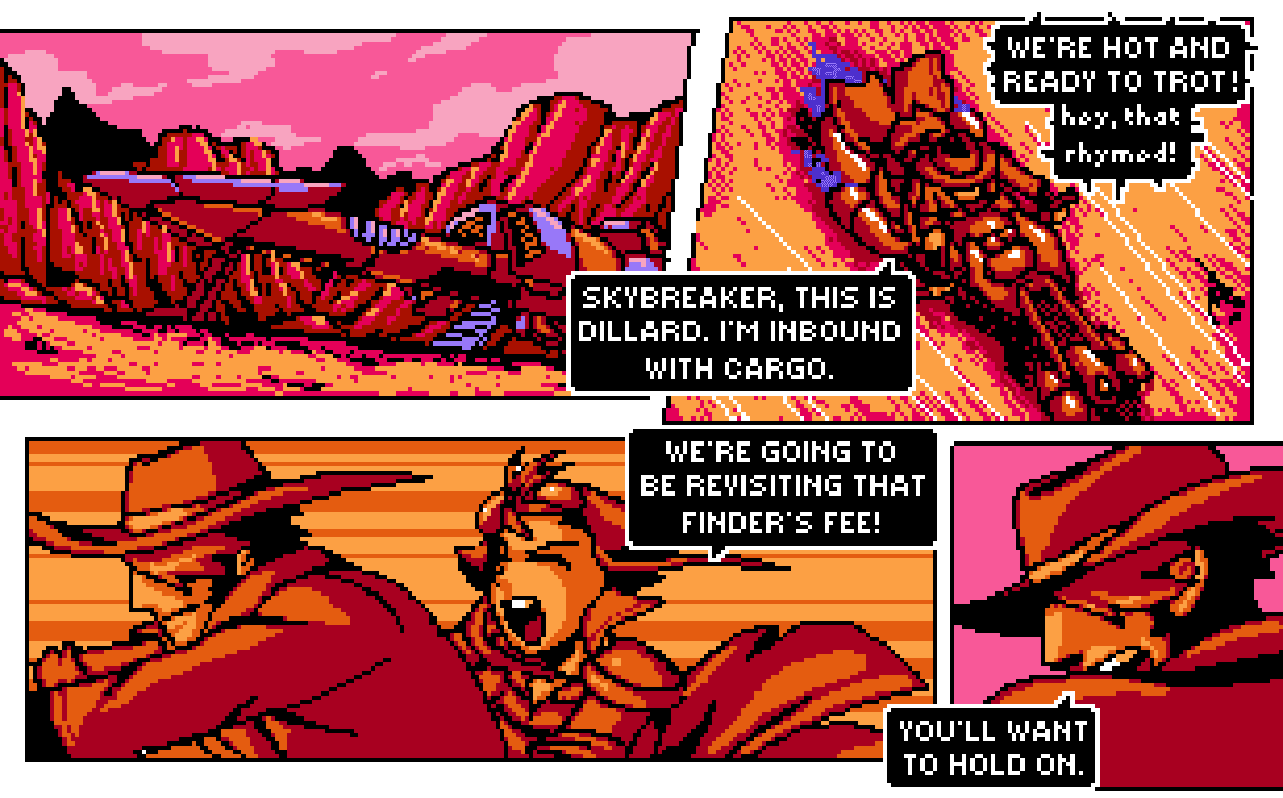 The characters are interesting, the plot entertaining and there' a sprinkling of humor throughout the story.  I really, really enjoyed reading this through both times.  The first issue is free and the second can be had for the bargain price of 99 cents through Comixology.  There are six issues planned in the series, although given the quality I see in the first two issues I certainly hope that there will be sequels.

This comes with my highest recommendation, and no, I don't get any commission, although I hope Matt will let me have the rest of the issues free, because I'm dying to find out what happens next.