I'm Sure You've Heard This Before....

Usual comic book serendipity thing.  I was poking through some back issue bins at the local comic shop and I came across some issues of a comic called Myth Adventures, liked the cover art and picked a few up.

So I'm reading these stories and really getting into them and I thought, hmmm, let's look up the artist, Phil Foglio, on Wikipedia.  So I did and saw he had a series in collaboration with his wife on-line, called Girl Genius, and started reading....

And four hours later I decided I should link it.  Holy crap, this series is so much fun.  It's not like I can claim to have discovered it; I suspect most of you have been reading it for years.  But if you haven't, you definitely have to go check it out.  The art has the perfect humorous style, and the story... well I've been reading it for four straight hours and am absolutely transfixed.
Posted by Pat at 1:55 AM 3 comments: 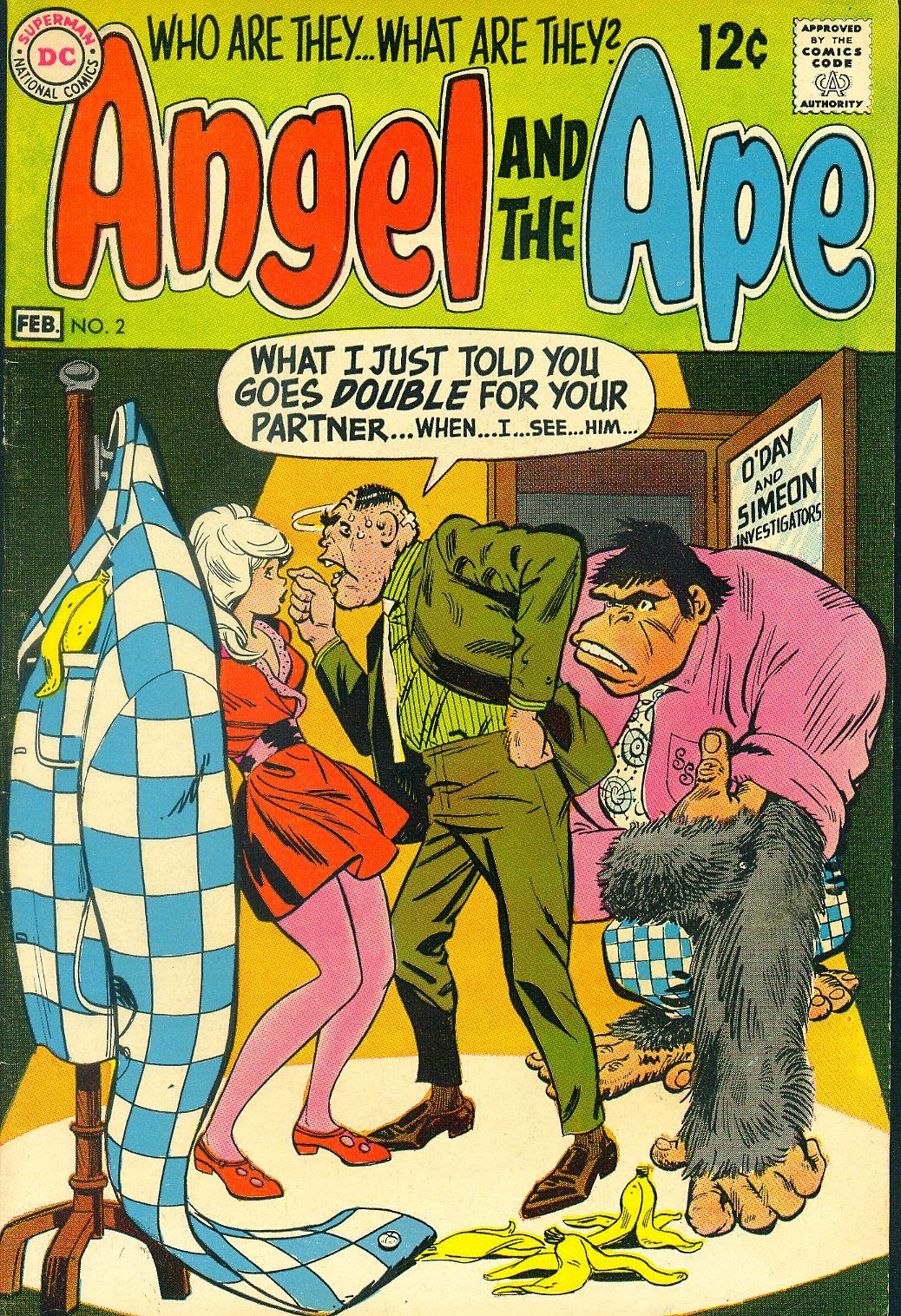 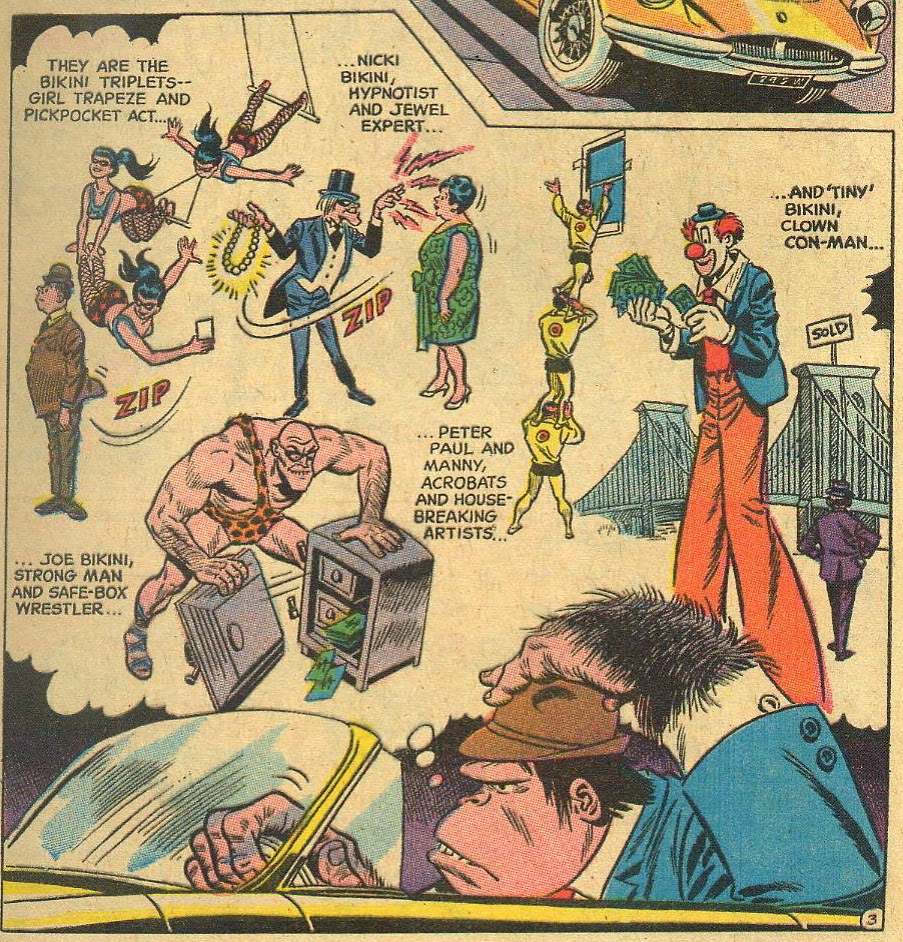 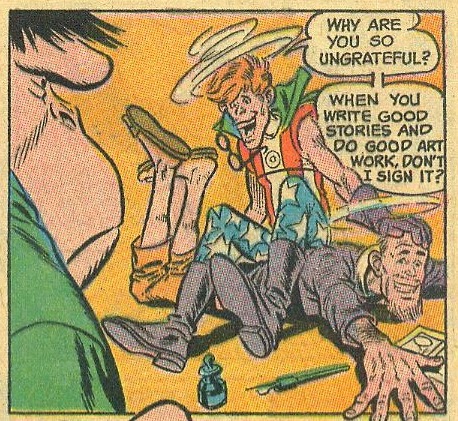 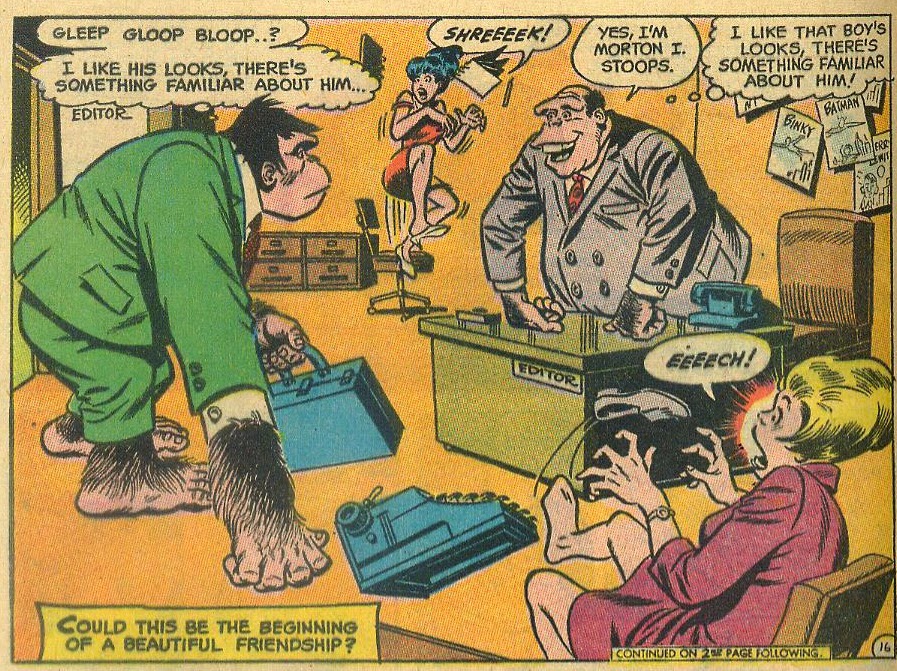 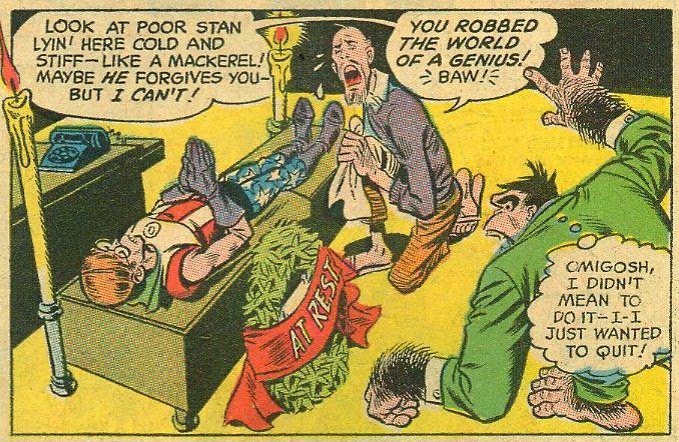 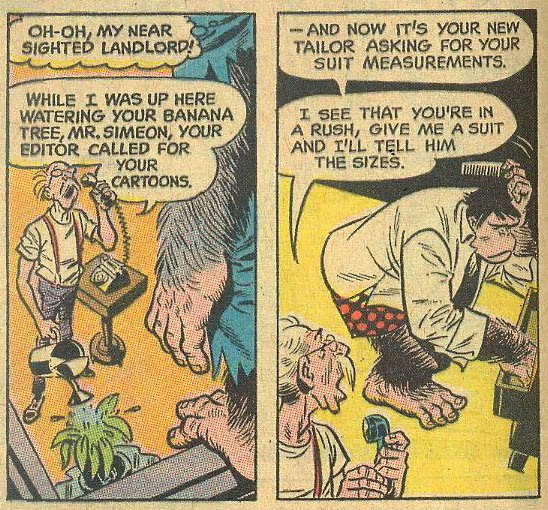 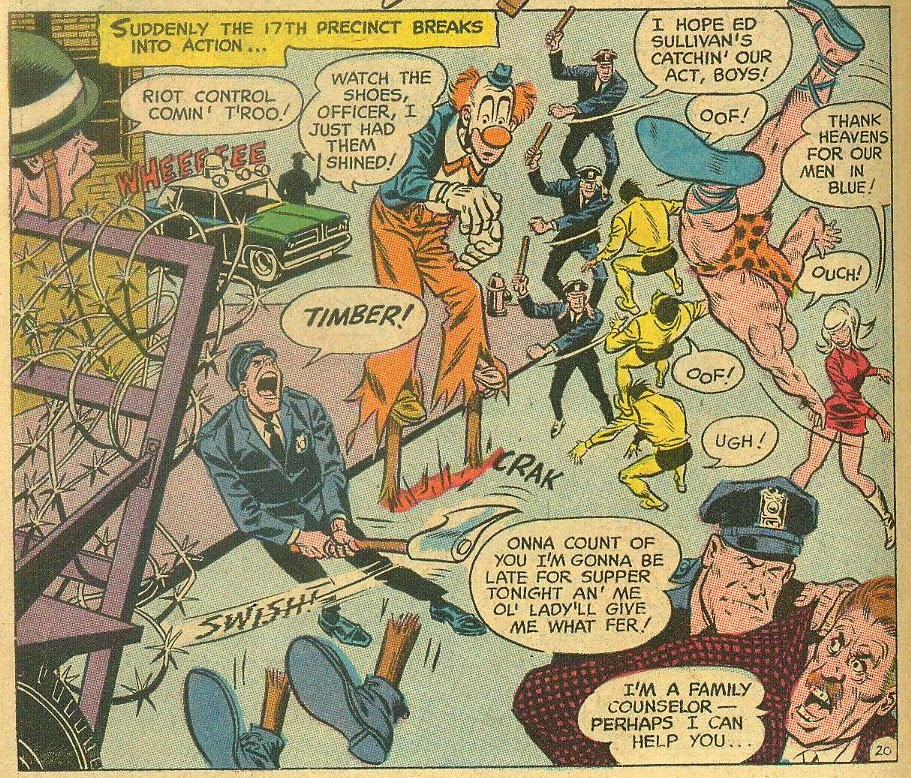 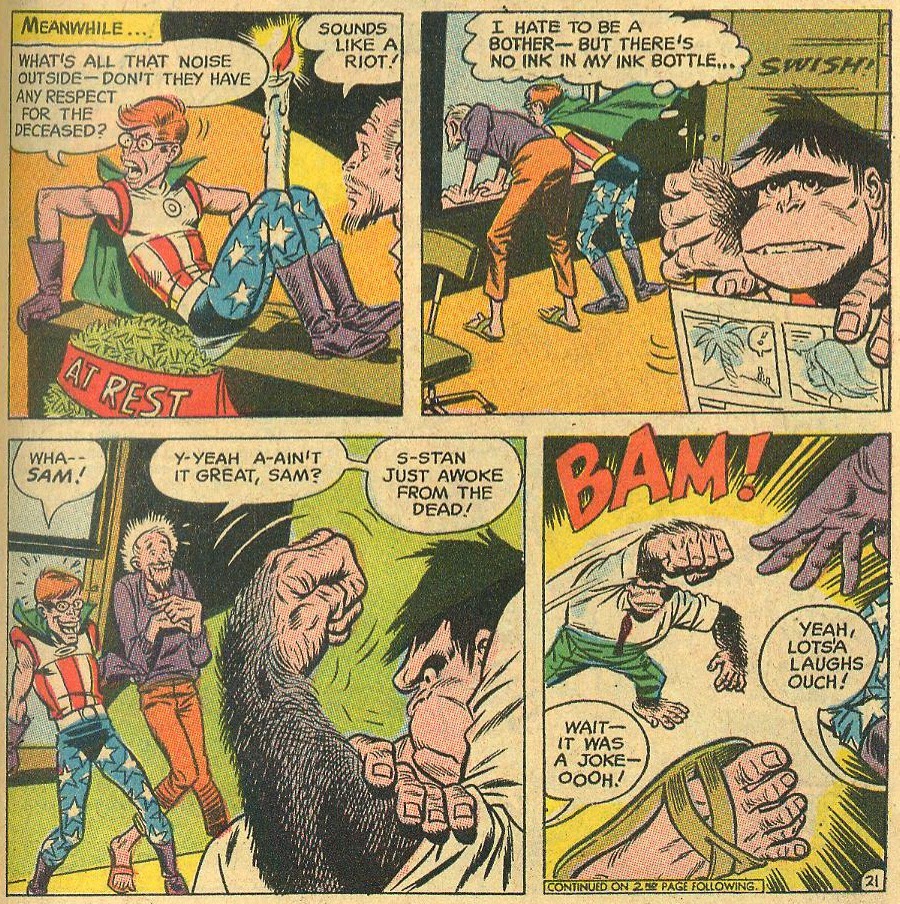 Overall the issue is amusing, if not quite laugh out loud funny, and the artwork is terrific.
Posted by Pat at 12:33 PM 3 comments:

Swiped and Then Swiped Again

Mort Weisinger's enthusiasm for swiping story ideas from earlier issues of Superboy does not seem as high as it was for Adventure Comics, but here's a pretty impressive example of a double swipe.  For starters, here is the cover to Superboy #52 (October 1956): 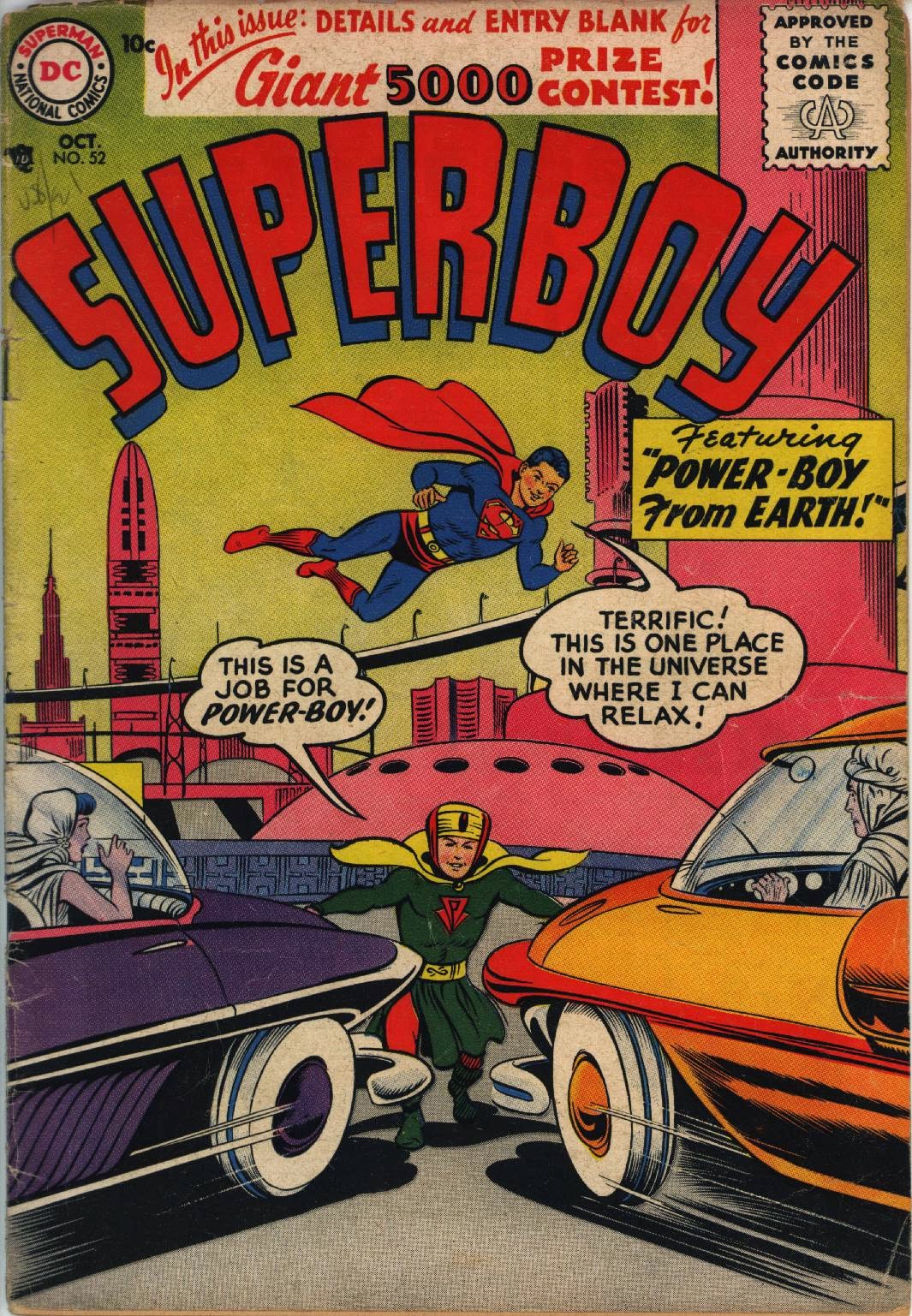 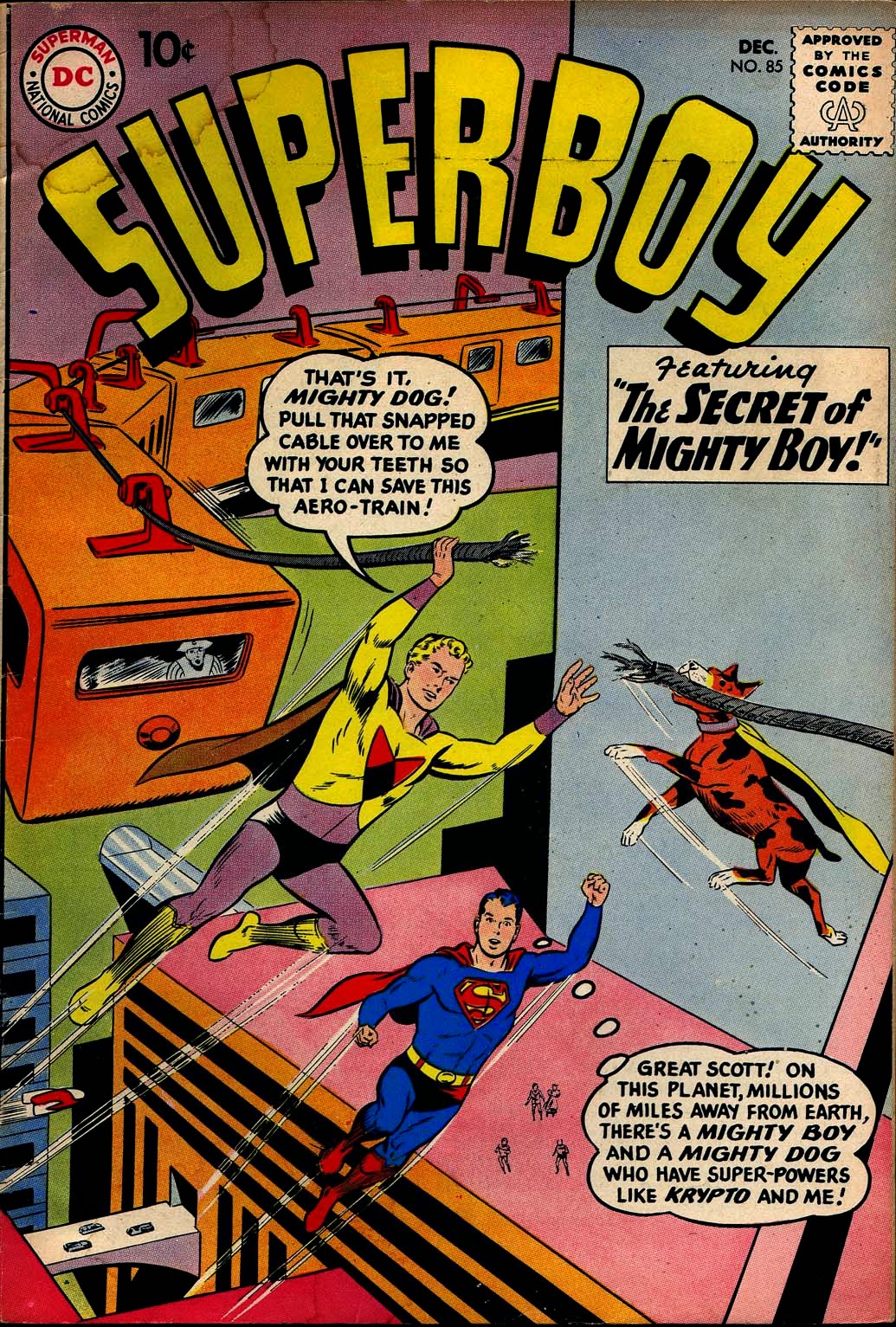 As you can see, in both cases, Superboy is startled to discover another super-powered boy on an alien planet. He changes into civilian clothes and confronts the lad: 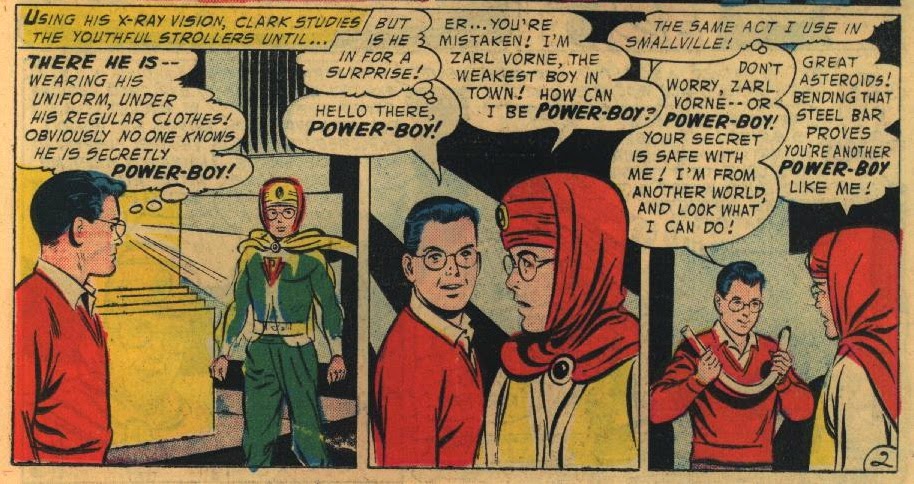 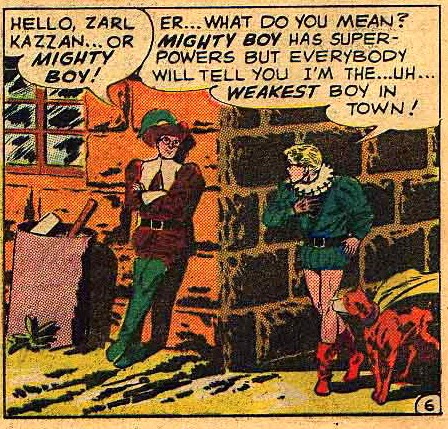 The other boy comes from a startling place: 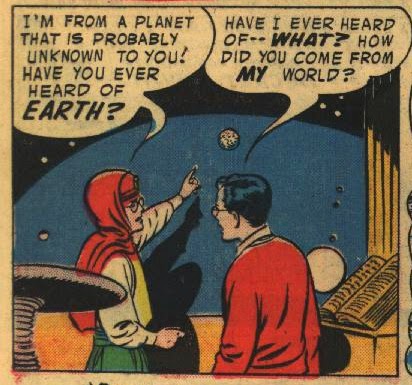 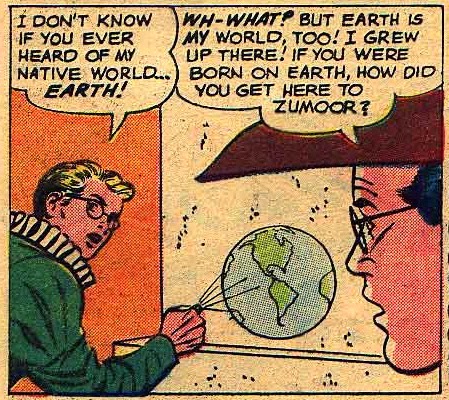 Clark realizes how the other boy got his powers: 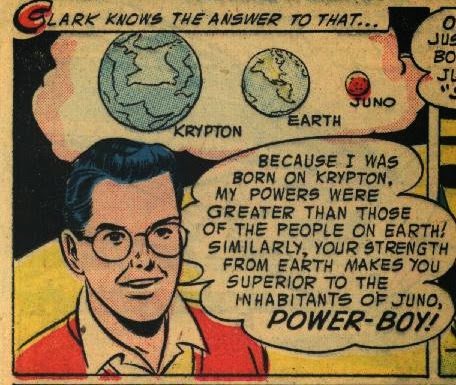 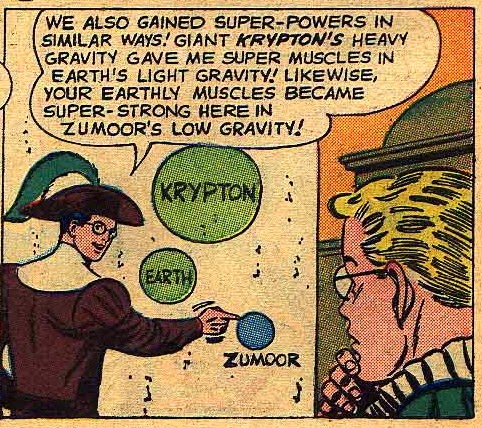 So it looks like Superboy is finally going to have a super-powered buddy.  But as they start off together, something happens: 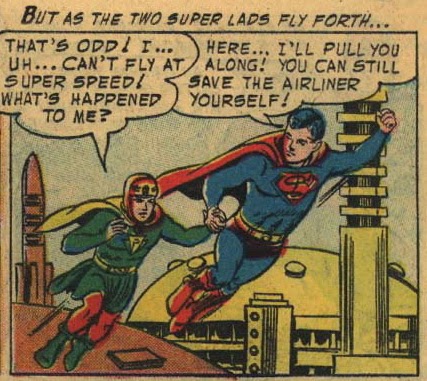 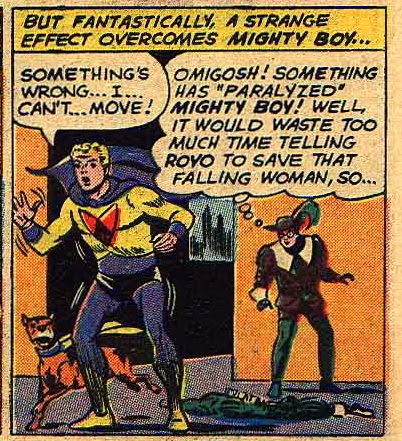 Superboy eventually realizes that it's his presence that is causing the other superlad to lose his powers, and thus he must leave, resulting in a sad ending: 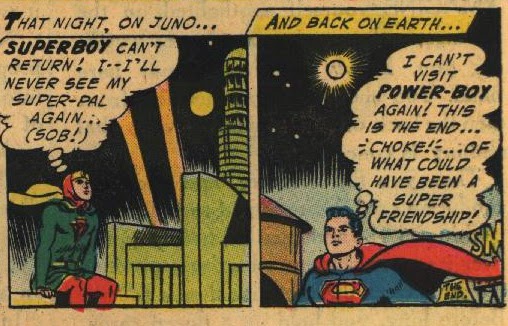 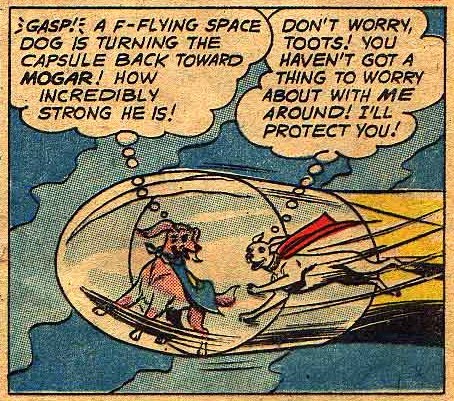 You've gotta love that he calls her Toots. She doesn't have super-powers, but it turns out that Krypto knows where she can get some: 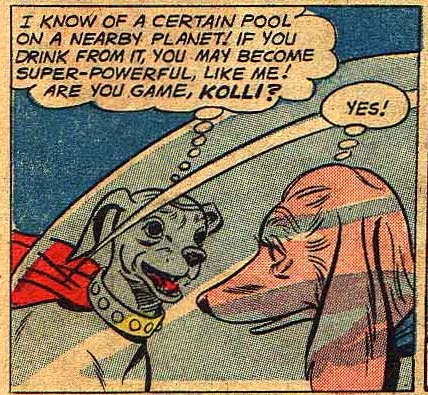 And so she drinks from the pool and becomes super. Unfortunately:

Krypto soon realizes that he is no longer super when near Kolli, and so we get the same ending as in the two Superboy tales: 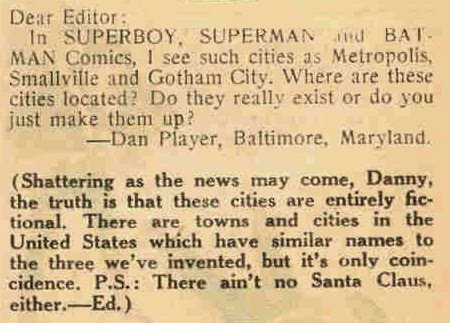 Why would he put that postscript in there?  He had to know that there were plenty of Superboy readers who were still at the age where they believed in Santa.  It's hard to come up with a reason other than the obvious; that Weisinger was a first class jerk.

A Wink from Clark

Reading through the Silver Age Superboy, I noticed how many stories ended with this: 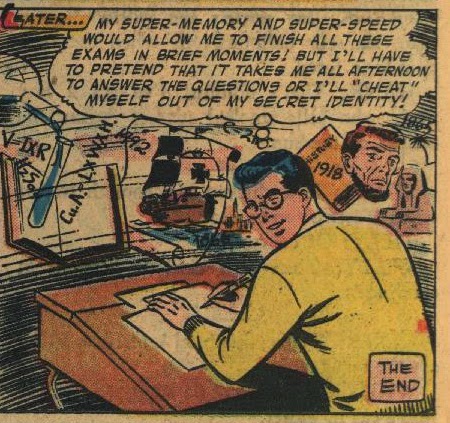 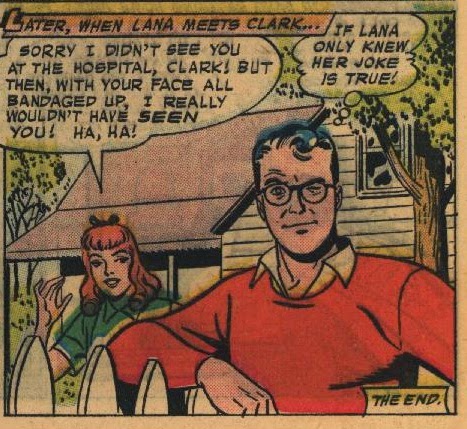 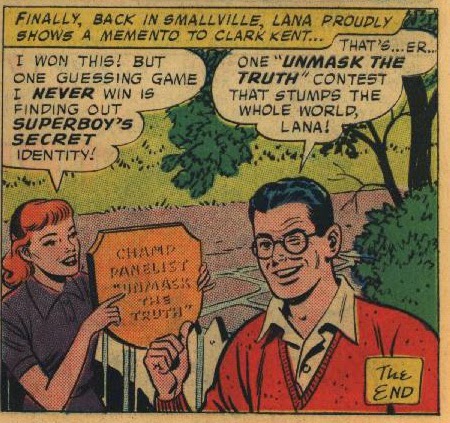 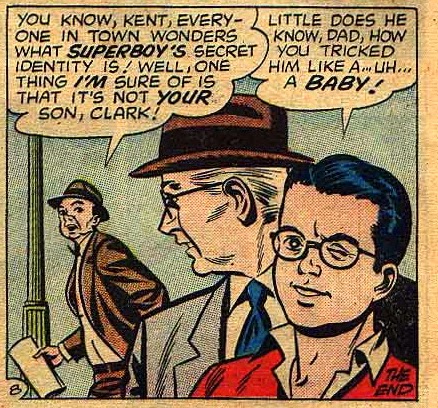 The winks tend to happen at the end of secret identity stories; I'm sure there are plenty of examples in Superman as well.

This is somewhat akin to the "Ending with Iris" bit in the Flash, and the "Bah!" responses from the Joker; a way of letting us know the story is over.

Update: Kirk House points out in the comments that the practice of ending the story with a wink from Clark may have originated with the Superman cartoons of the early 1940s from the Fleischer studios.  Here's the first one in that series, which does indeed end that way: