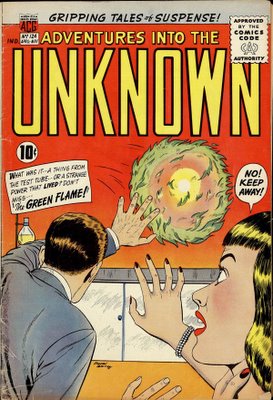 In the cover story, "The Green Flame", a scientist invents a green flame that appears to hold promise as a military weapon, but it rapidly gets out of control. Worse still, it shows intelligence, apparently burning the scientist's notes to prevent the military from creating a weapon to use against it. Can anything stop The Green Flame?
Posted by Pat at 7:42 PM