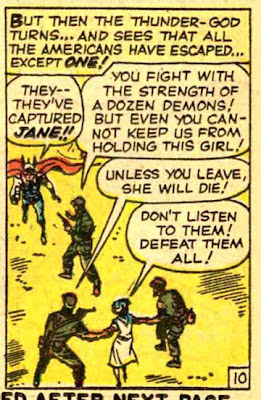 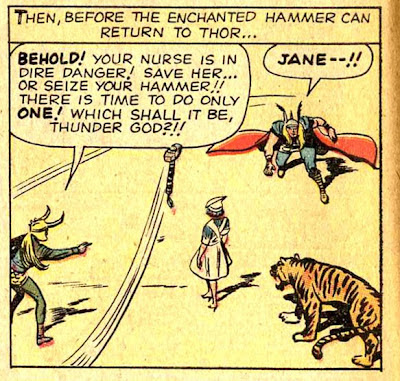 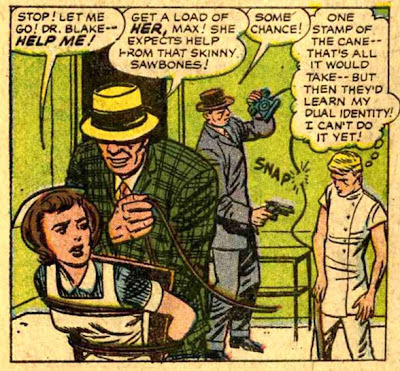 Now it is not entirely fair to criticize this as sexist; it's also provides strong motivation for the hero. Hostages help balance out the power differences between superheroes and the (often non-super) villains. And it's not as if only women were used in this way; Jimmy Olsen and Robin often found themselves kidnapped as well.
Posted by Pat at 1:09 PM