The Other Silver Age Lois Lane

It is easy to focus on Lois' negative qualities in the Silver Age--the jealousy, the outrageous temper tantrums, and the willingness to toss Superman aside as soon as some other man held some fascination. Those qualities are part of what makes Lois such an entertaining character in the Silver Age.

But she had many positive attributes as well, and this post is going to explore those. First, she could be depended on to help her friends in their hour of need:

In Action #243, Superman is transformed into a "beast", but Lois still shows her affection for him: 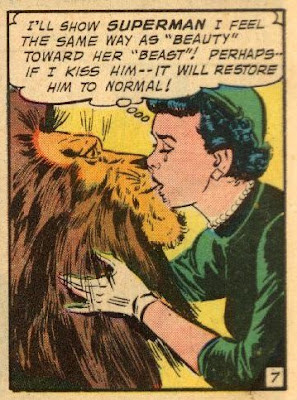 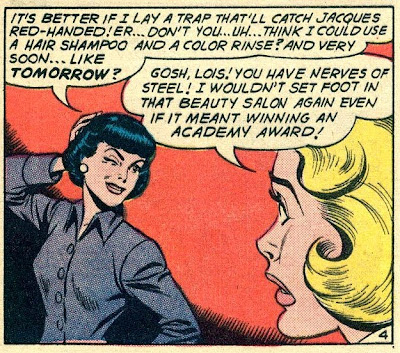 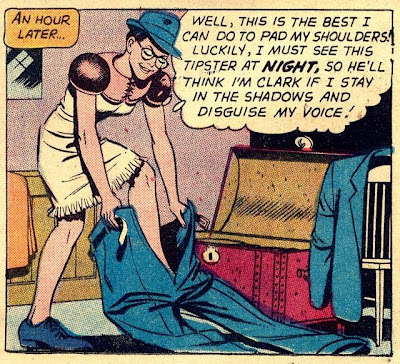 In Lois Lane #29, she has a chance to let Superman marry her, but she instead foils Mr Mxyzptlk's plot:

She comes up with an ingenious plot to prove two supposed reporters are not what they claim to be: 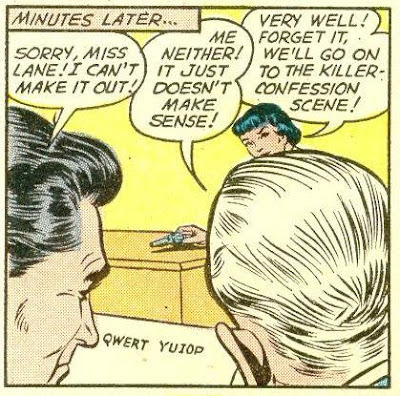 Of course the key here is recognizing that the QWERT YUIOP message is just the top line on a typewriter, which any reporter would recognize.
Posted by Pat at 9:18 AM