Julius Schwartz mentioned in his wonderful autobiography, Man of Two Worlds, that there were certain elements which, when placed on the cover of a comic book, virtually guaranteed increased sales. The most famous example of this is the famed "Gorilla Effect" which I covered a couple years ago. Another certified sales technique involved having multiple images of the hero/heroine on the cover. Robert Kanigher appeared to be a fan of that particular gimmick: 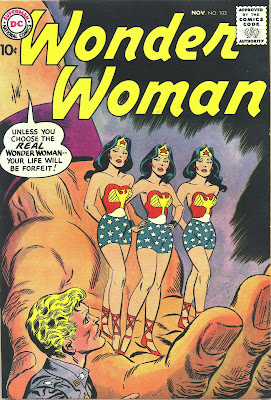 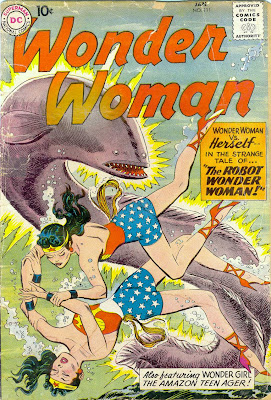 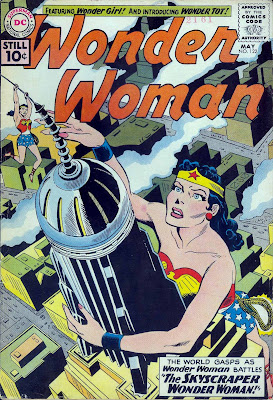 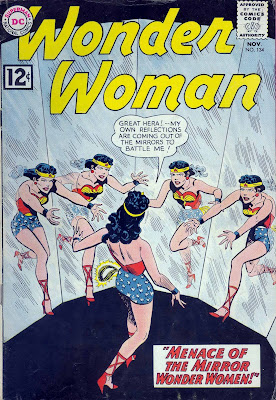 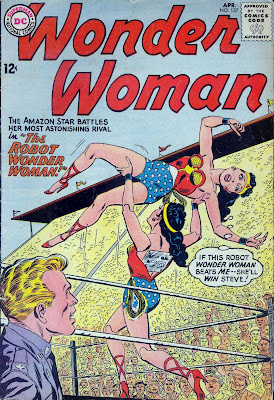 This was all over the course of about five years, and these examples are just the most egregious. Kanigher found other ways to put two Wonder Women on the cover: 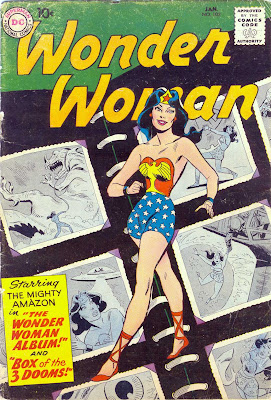 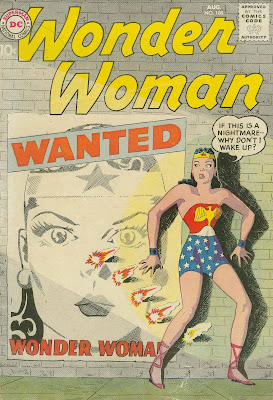 And there was always the option of dividing the cover into sections: 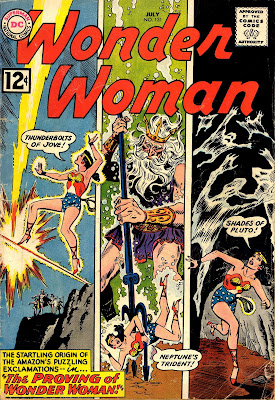 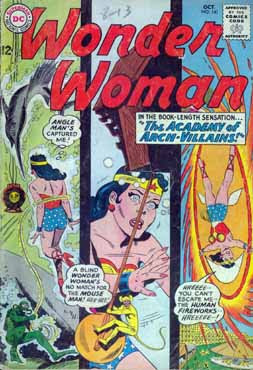 And this is even without counting the numerous "impossible" covers which featured Wonder Woman as a tot, girl and adult all at the same time: 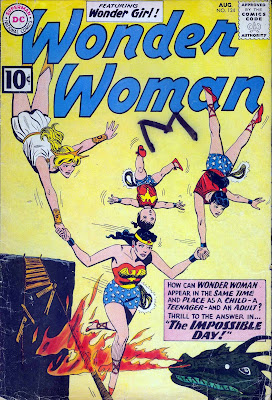 Indeed, looking at them all, it almost appears that it was more likely to find multiple images of Wondy than single ones.
Posted by Pat at 9:10 AM

I had heard of the Gorilla Effect, of course, but had not heard before of multiple images of the hero being a selling point. Some New Look issues of Detective Comics had covers divided into panels or sections. The strobe effect of the Silver Age Flash allowed for multiple images of him, but I don't recall it being used all that often on covers. Both of those titles were edited by Julius Schwartz and sometimes written by Robert Kanigher.