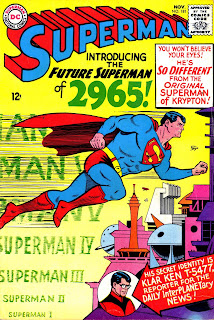 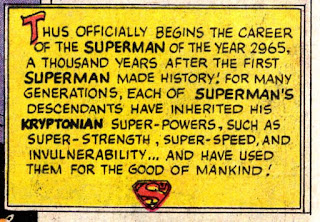 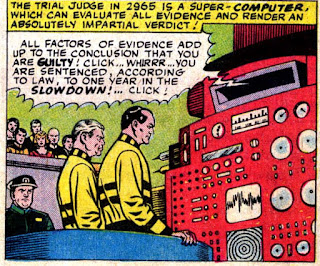 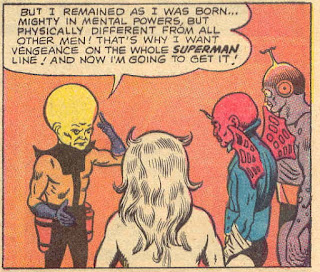 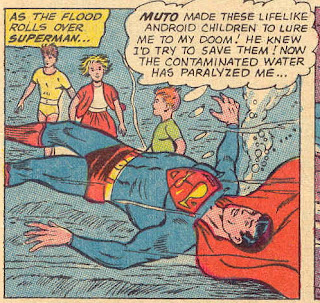 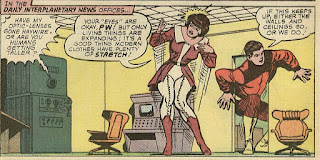 Comments: The decision to make the future Superman's weakness sea water seems kinda silly.  Basically crooks could just carry water pistols around with them to handle him.  Indeed, in a later World's Finest issue, the future Joker is shown on the cover downing Superman with a squirt from the trick flower in his lapel.
Posted by Pat at 11:39 AM

Welcome back! I hope this is the first of many posts.