This is a little off-topic, as it's Golden or even Platinum Age. A few years ago I noticed some very old coverless comics on ebay. Star Comics #5 and #7 predated Superman, being published in 1937. One of the features in those issues was Dan Hastings. It was a science-fiction strip with a very evil villain named Eutopas: 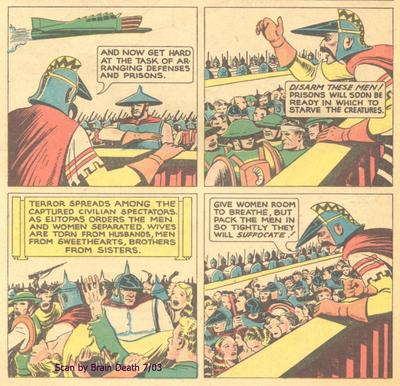 Remember this is before Hitler's evil was widely known.
Posted by Pat at 6:46 PM