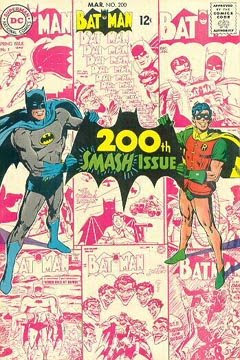 Neal Adams made his debut on Batman by doing covers, including the standing images of Batman and Robin atop the old covers on Batman #200. But his first real work on Batman came in Brave and Bold #79, and to say it was eye-popping to those of us who were used to Sheldon Moldoff would be putting it mildly. Check out this opening sequence: 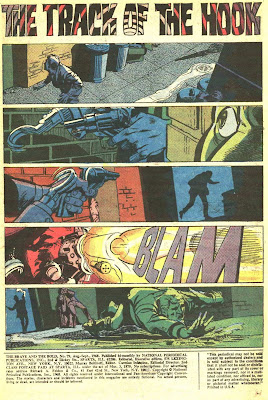 That is perfect; the atmosphere, the angles, the witness discovered in the final panel. The story brings in Deadman, the character that Adams had worked on during the final issues of Strange Adventures before it became a reprint magazine, so there was another reason for him to do the issue. 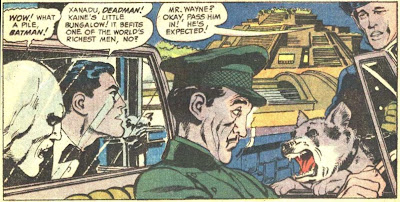 Note the cute little sight gag there with Alfred and the dog.

Much like Dick Sprang, Adams used reversed camera angles between panels to create flow and action: 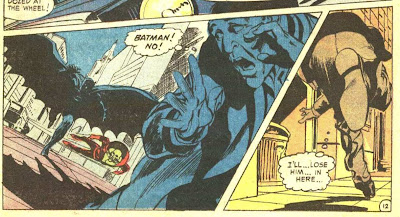 Indeed, at times he has so much action going on that the art not only breaks through the panel, it seems to rise up out of the page: 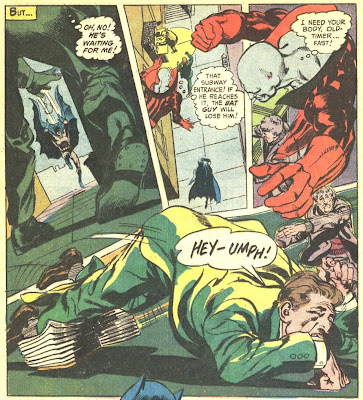 Another nice side-effect of Adams working on the Brave & Bold series is that we also saw his take on whatever guest star was appearing with Batman in that issue: 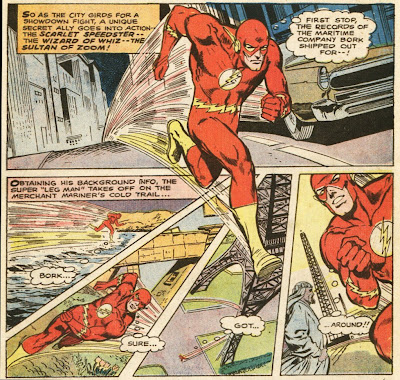 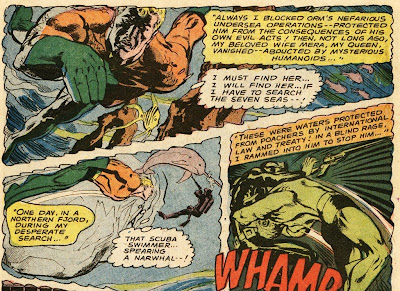 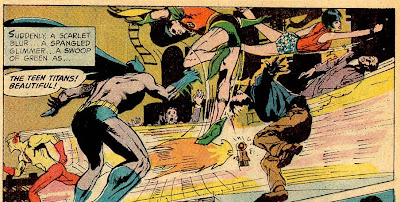 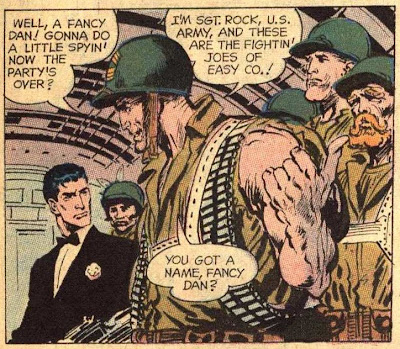 This story never made any sense; even as a teenager back in 1968 I snorted at the idea that Bruce Wayne was an adult back in WWII. Heck, my dad was 39 back then and he was still a sophomore in high school when the war ended, so that would put Bruce in his 40s. But still, if anybody ever asks you if Batman fought against the Nazis during WWII in Europe, the answer is yes: 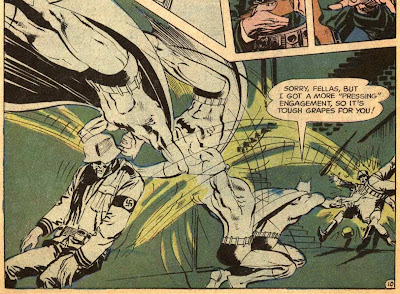 In the next issue we got our first look at the new Green Arrow: 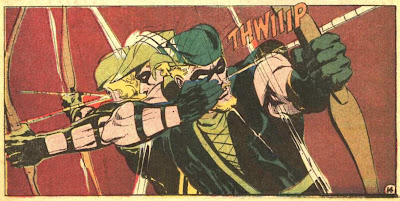 I previously talked about that issue here.

And when Deadman returned in B&B #86, Adams really went to town: 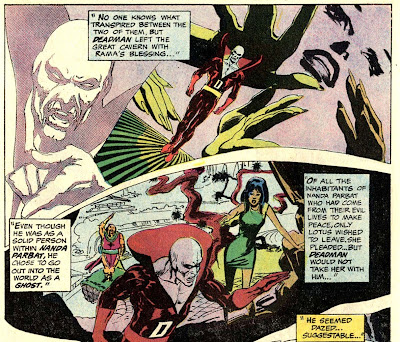 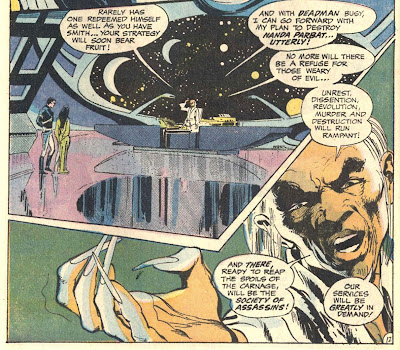 Just a beautiful issue. Unfortunately, that was basically it for Adams in Brave & Bold for awhile, but not to cry; the next story he drew for Batman was the classic, Secret of the Waiting Graves from Detective #395. But I'll have to cover that and some of the other Adams Silver Age in a future post.
Posted by Pat at 6:32 AM