Classic Letters of the Silver Age 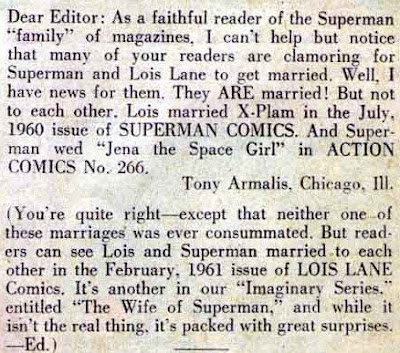 Mom, what does it mean that a marriage was never consummated? Hat tip to Mark Engblom for finding this one; I had read it years ago but could never find it, probably because I was looking for it in old Lois Lane issues.

How did Julius Schwartz and Gardner Fox--Doh, Robert Kanigher as pointed out in the comments--come up with the name Barry Allen? 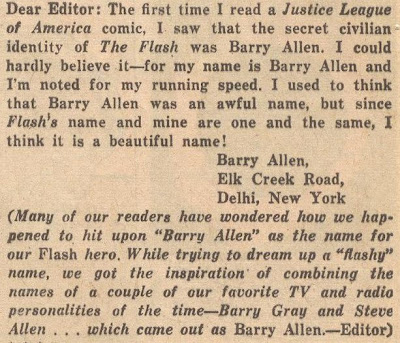 Barry Gray is considered "The Father of Talk Radio". Allen, of course, was a pioneer of talk TV, hosting the Tonight Show back in the 1950s.

Here's a kid bucking for the editor's job: 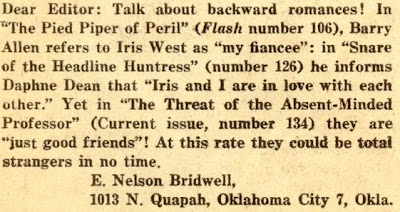 And of course he eventually got it!

Here's how to wheedle the editor out of some original artwork: 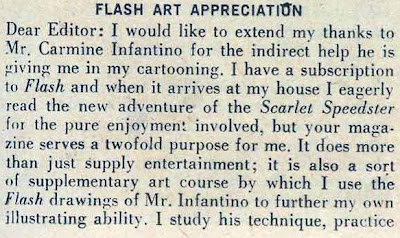 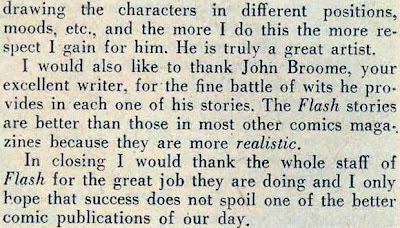 At least he had the good sense to stop before he thanked the Donenfelds for taking the trouble to publish the magazine. Anyway, this blatant job of sucking up had its desired effect:

Oh, yeah, that was really going to help some kid in his cartooning. Snort!

Yep, old Funky Winkerbean himself. Batiuk would have been about 14 at the time this letter appeared; his strip began about 11 years later.
Posted by Pat at 6:02 PM