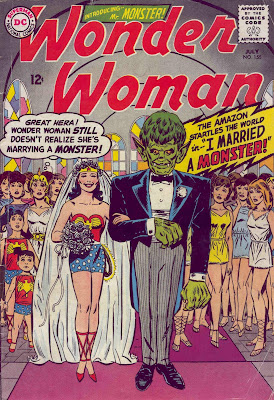 Even by the standards of the Silver Age Wonder Woman, that's a mind-boggling cover.

Back in the 1960s, young boys were off in the woods, playing army, possibly the dumbest game ever invented. Girls tended to want to play house, which certainly seemed dumb, but they were actually practicing the roles they were expected to grow into. The hope was that they would find a good man and settle down, just like Mommy had. Of course, there was also the fear that they would fall for the wrong man, or that only the wrong types would want to date them.

These hopes and fears were expressed and marketed to in many ways. For example remember the girls' board game, Mystery Date?

Note the reaction from the girl when she opens the door to discover the "dud" waiting to take her out. One of the amusing things about this ad is that by the 1970s, when these girls were dating for real, most of them were likely to date someone even more shabbily attired than him.

The covers of Lois Lane are filled with images of her falling for the wrong man: 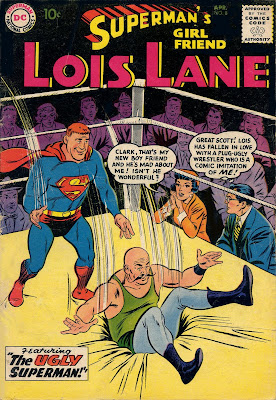 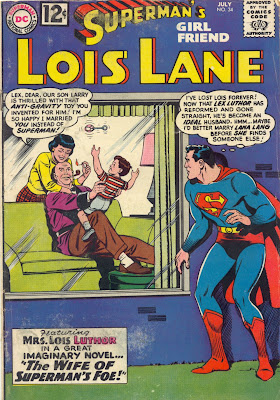 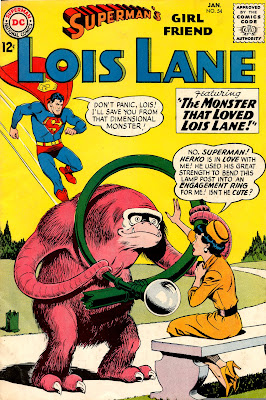 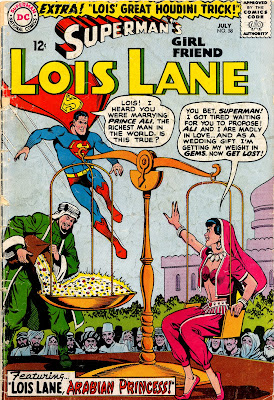 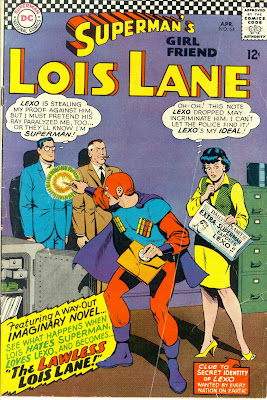 The Wonder Woman story starts out similar to Wonder Woman #125, which I reviewed a few years ago. She's having problems with the men in her life being too aggressive: 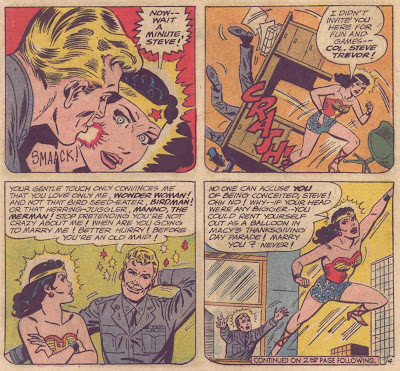 She has similar encounters with Bird-Man and Manno, the Merman, during the latter of which we learn an interesting fact about Wonder Woman's physiology: 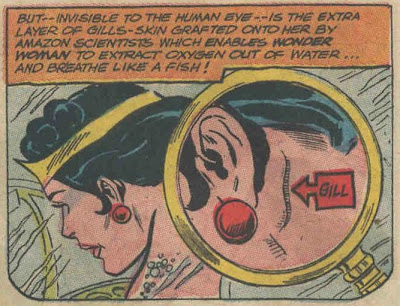 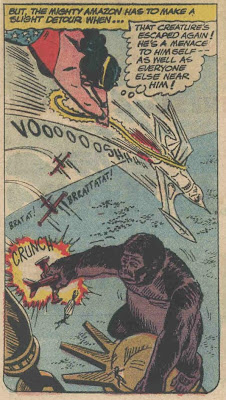 King Kong's escaped again? What a pain!
She also gets some unwanted attention from an octopus. You have to see it to believe it: 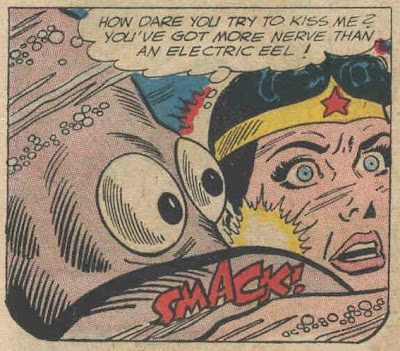 So after all that excessive affection, she is intrigued when she meets a monster prince who rejects her friendship: 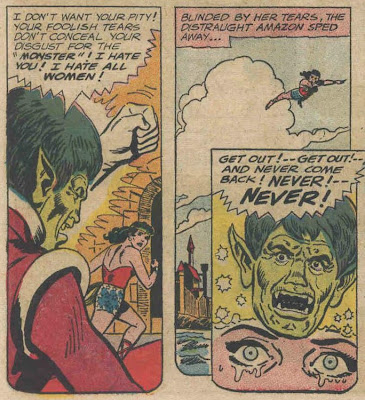 But when he destroys his castle during a battle with the Amazons who've come to befriend him: 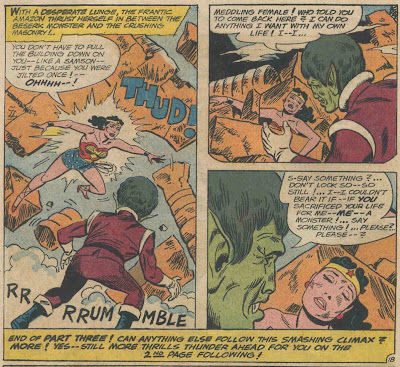 We learn that's the real way to Wonder Woman's heart: 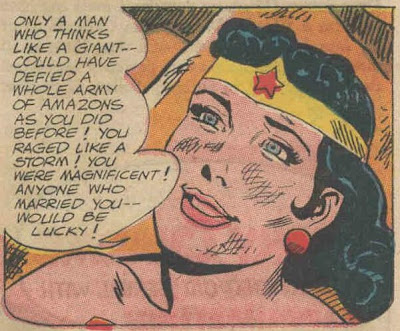 And she decides to marry him. There's an interesting statement on prejudice here: 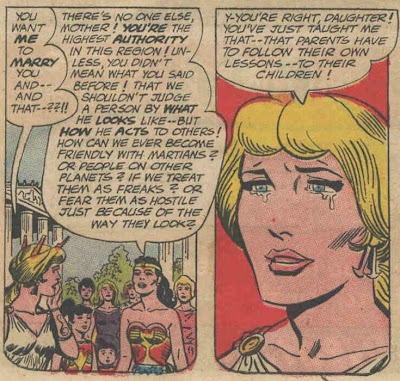 And so we get the scene on the cover. But at the last moment the groom gets cold feet: 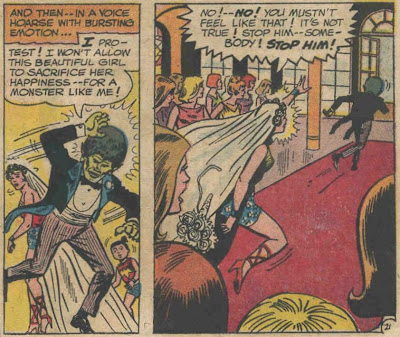 There follows a zany sequence where a flying sphinx attacks her, and the monster helps save her and turns into a handsome dreamboat. But as they are falling off a cliff, he gets angry again and changes back into his monster self and rejects her, leading to this denouement: 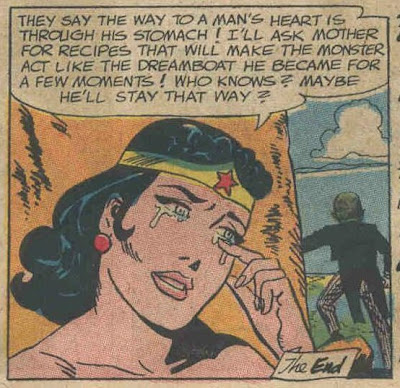 Comments: Obviously the story is an insane remake of Beauty and the Beast. But it is redeemed a bit by the positive characterization of Wonder Woman.
Posted by Pat at 7:44 PM

The website "What Were They Thinking?" once highlighted the gills thing and also included the panel before it, implying that Wonder Woman's gills were established before. (http://luchins.com/what-were-they-thinking/wonder-woman-imitates-superman/)

Favorite Lois Lane cover: #57....Lois and Lana trying to spank a babyfied Superman. Lana is standing there with a broken tennis racket (super child abuse?) and Lois has hurt her hand on his steel like cheeks. As an added bonus of insanity, the motion lines actually look like some sort of fart beam.

MLJ, I posted a number of spanking covers here, including the one you mention:

Very nice, thanks for sharing.