Although Batman did not have imaginary stories per se in his comics, there were many stories that served the same function--dream stories, most notably. Along the same lines were the Batman II and Robin II stories. They were stories that Alfred, Batman's butler, wrote about a possible future time when his employer had retired from crime-fighting and been succeed by Dick Grayson as Batman, while the new Robin was none other than Bruce Wayne, Jr., the offspring of Batman and Kathy Kane, the former Batwoman.

The series debuted in Batman #131, the April, 1960 issue. Batman has just retired in favor of Dick Grayson, and Bruce, Jr., wants the job of Robin. Over time, he proves his mettle, although typically for a youngster he is impulsive and prone to not thinking things through. However, in a noticeably weak ending the new Batman and Robin are about to be killed when Batman I and Batwoman show up to save them.

Are we beginning to see a problem here? These are supposed to be tales of the new Batman & Robin team, and yet every time, just as they are about to be killed, the old Batman shows up and saves them. Ditto with Batman #145's third entry in the series, The Son of the Joker: 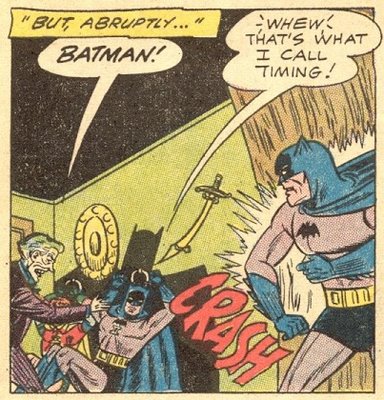