The Punches of 1965: Spiderman

This is something I've thought about doing for awhile. Back in the 1960s, one of the frequent claims was that Marvel had a lot more physical fighting going on in its mags than DC, which emphasized more the mental battle. So I thought that just for the heck of it, I would look at a couple of features from that era to see if there was any truth to the claim. I chose 1965 because most of the Marvel fixtures of the Silver Age had been established by then. The following year, 1966, saw the beginning of the Batman craze, which resulted in a lot more "Pow!", "Bang!" and "Zap!" in the comics.

So let's do a running punch count, starting with ASM #20: 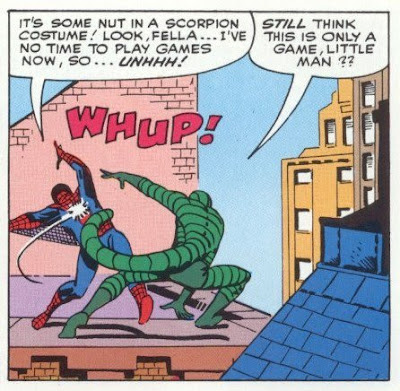 I'll count hits with the Scorpion's tail, since they are effectively the same as a punch. 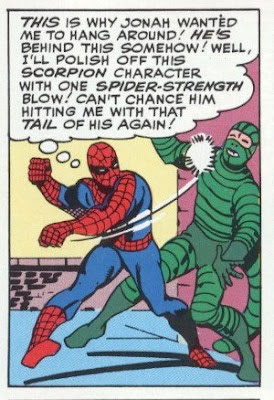 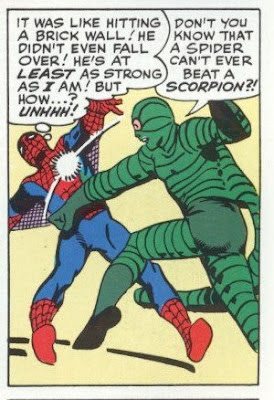 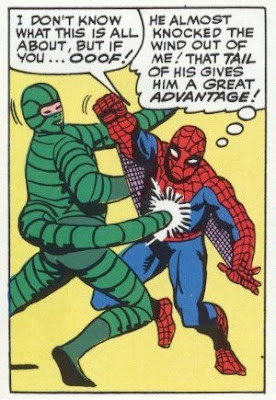 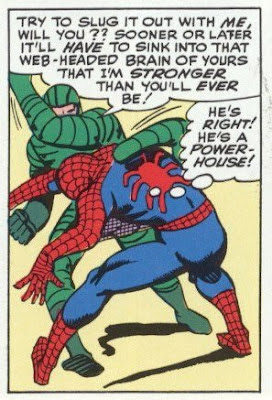 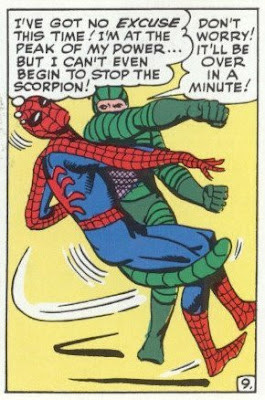 That puts us up to six so far, all incredibly from the ninth page of that story. 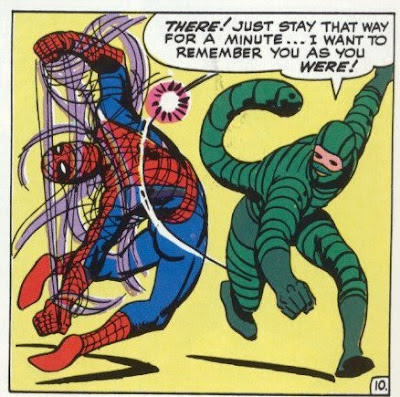 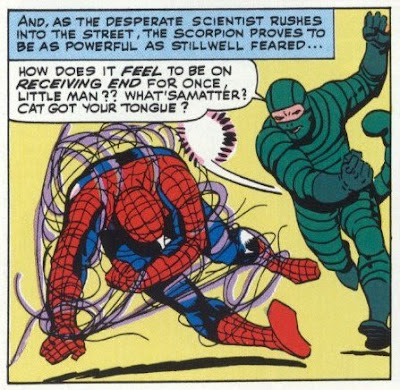 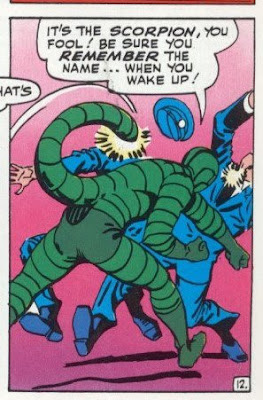 I'm going to count that as two punches, since the Scorpion hits two cops in that panel. Running count: 10 punches. I am not including missed punches, although that has not been a factor so far. 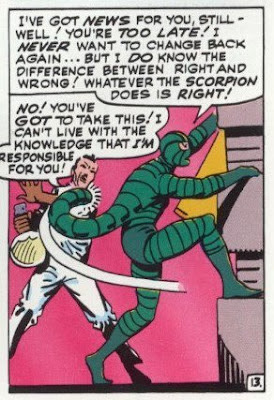 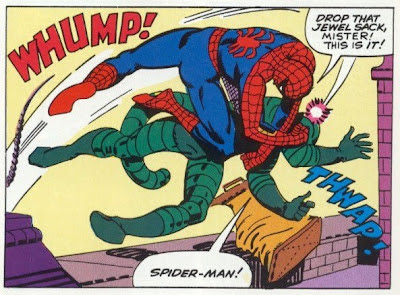 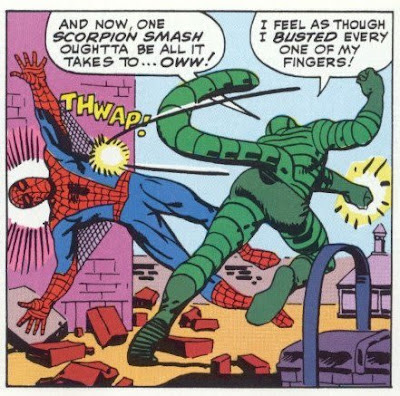 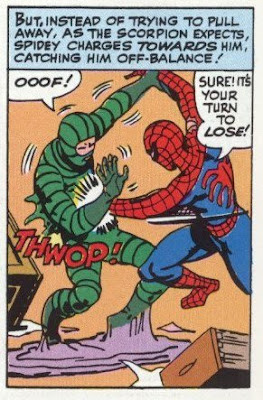 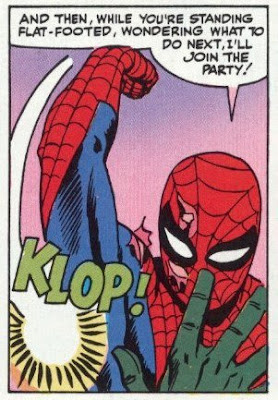 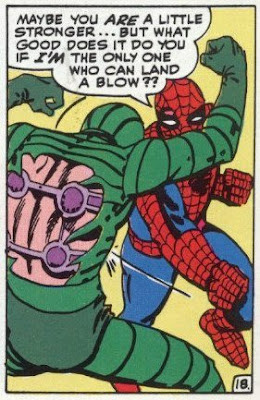 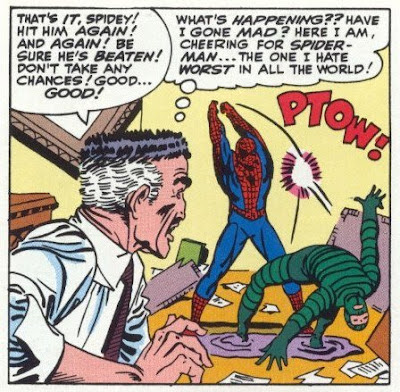 That's it, a total of 17 punches in 20 pages, or 0.85 punches per page. I won't crop all the punches in the subsequent issues, I'll just give you the totals I counted:

So there you have it. A total of 102 punches that connected in the course of 240 pages of Spidey action. Average number of punches is 0.425 punches per page, or roughly one punch for every 2.4 pages.

How does that compare to DC? Coming up next, a count of Batman's punches.