One of the things I always noticed about Marvel covers was that they had such overwrought titles for the story inside: 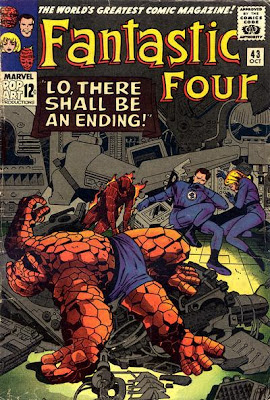 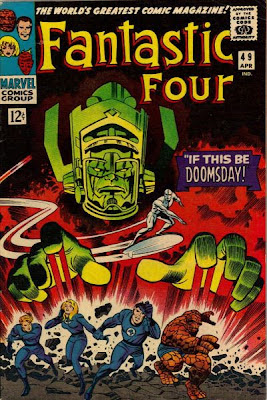 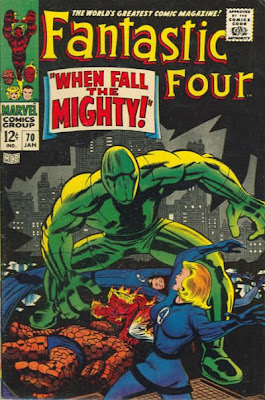 You can see a pattern. Stan uses somewhat archaic words and title structures to make the stories seem more mythical/legendary/biblical. "Lo" was not a common word back in the 1960s, and is even less common today (except as a shortening of "Hello"). "When the Mighty Fall" would be pretty boring, but "When Fall the Mighty" would be worthy of being inscribed in stone. Similarly with "If This Be Doomsday"; much more dramatic than "If This Is Doomsday". Same theme here: 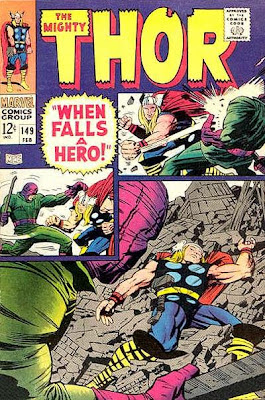 Of course, Thor was made for these flowery titles: 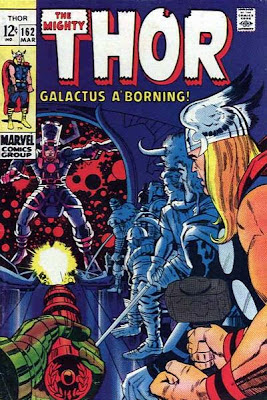 But even Spidey got into the act: 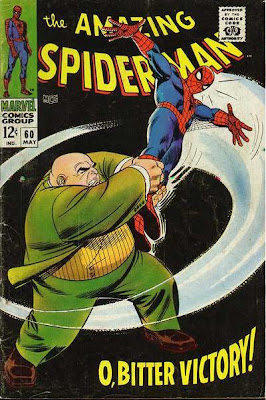 What was Stan doing? As usual in the 1960s, something pretty smart. One of the problems that comic books faced then was that they were for kids. Only. This was a situation that mainly applied during the Silver Age. When comic books had first been issued in the mid-1930s, they tended to be like the comics sections of the newspaper with diverse features designed to appeal to the whole family. The early comic books often had a mixture of funny animals, western features, science fiction, and soap opera; something for everyone.

Except that where the newspaper was delivered and had to appeal to the whole family, comic books had to be bought at the newsstand by one particular person in the family. Hence the books quickly sorted out into genres to appeal to that particular person. The kids bought the funny animals, the young men bought the superhero and war books, and the ladies and adolescent girls bought the romance comics. Comics were avidly read by soldiers and sailors during World War II, and the notion that they were somehow inappropriate entertainment for adults had not yet taken hold.

But Fred Wertham changed all that. Comics were for youngsters only, and the Comics Code Authority ensured that the stories were bland enough that they would start to get unappealing as the kids reached their teenage years. In addition, there was strong social pressure from parents, peers and educators to drop the comic book habit as one became an adolescent.

The problem with that was demographics. Publishers basically had only a five year client base, from roughly ages 8-12. But they could see from the birth rates in the country that cohort was going to decline substantially. The number of births in the US peaked in 1957 at about 4.3 million babies. By 1965 the number was down to 3.8 million, and it fell to 3.6 million the following year, and 3.5 million the year after. It was not hard to see that translated into a lot fewer customers only a few years hence.

So Stan decided to push the envelope on the top end of the band, trying to appeal more to teens and even college students, with longer stories, deeper characterization and yes, more literary titles. For a brief period, Marvel even eliminated the "comic book" label itself, referring to its products as Marvel "Pop Art Productions". That particular change didn't take, but the marketing of comics to older buyers had just begun.
Posted by Pat at 12:32 PM