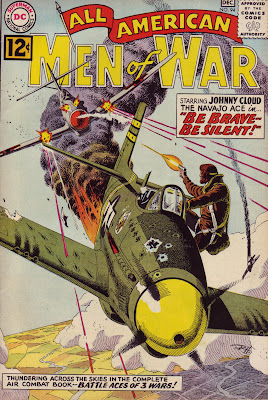 It is not uncommon for popular entertainment to combine two different genres. The theory is that if you can captivate fans of both genres, you double the potential audience. As I noted recently, most comics, regardless of their main focus, frequently had romantic subplots. Much of the DC universe in the early 1960s consisted of a combination of superhero and science fiction; think of Batman facing all those aliens and monsters, for example.

DC also combined their war books with other genres. In Star Spangled War stories, the regular cover feature was a mixture of soldiers battling dinosaurs: 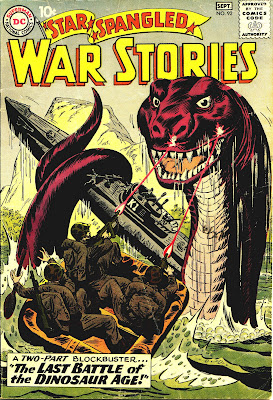 Johnny Cloud was the result, and it's a pretty interesting series. The stories had a very basic template. A problem in the present (WWII era) reminds Johnny of an event in his past as a young brave. Johnny uses that prior experience to solve the proble.

Sound familiar? Well, if you watched the first few seasons of Lost, you saw that template used over and over again.

Problem in the present: 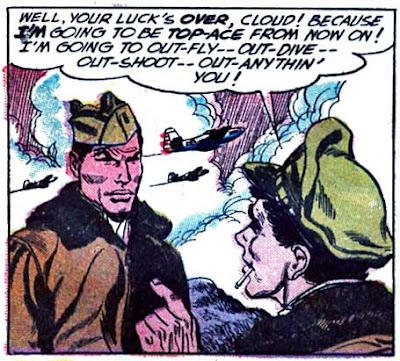 Memory of the past: 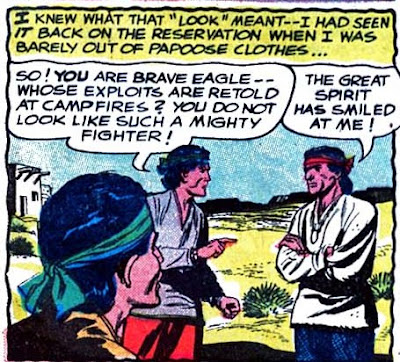 Leads to solution of problem in the present: 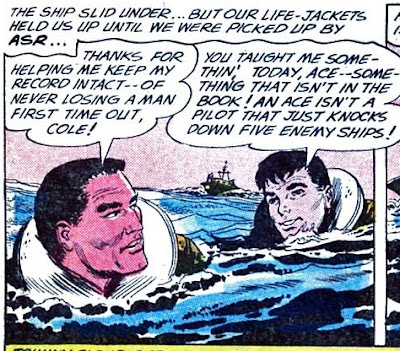 Many of the stories noted Johnny's metaphysical connection to a particular cloud formation: 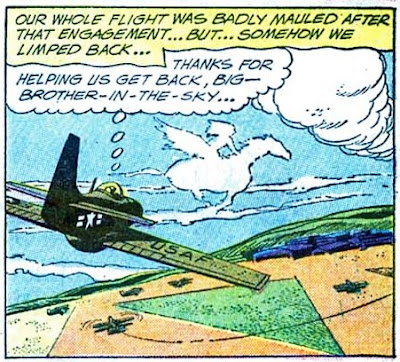 Johnny Cloud lasted until the end of All-American Men of War with issue #117 (Sept-Oct 1966), then made a couple of guest appearances in other DC war mags. He was a charter member of the Losers, a group made up of discontinued features.
Posted by Pat at 5:03 PM