Some More Continuity Examples from DC

DC could be maddening about this; for example, I can show you at least a half dozen stories about how Clark Kent/Superman met Perry White, each of which contradicts the other five. But at the same time, there were stories that legitimately referred to prior issues.

For example, in Adventure #209, Smallville celebrates Superboy Week, with parades and speeches and tributes to Superboy, including this one: 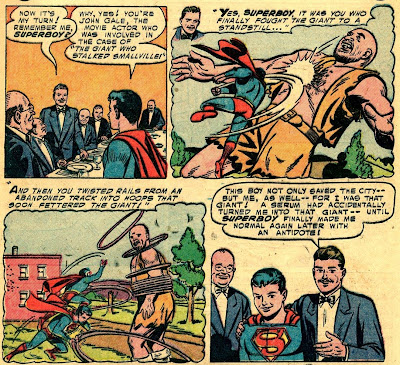 So I looked up "The Giant Who Stalked Smallville" and sure enough a story by that name featuring similar action to that shown above had appeared three years earlier, in Superboy #21: 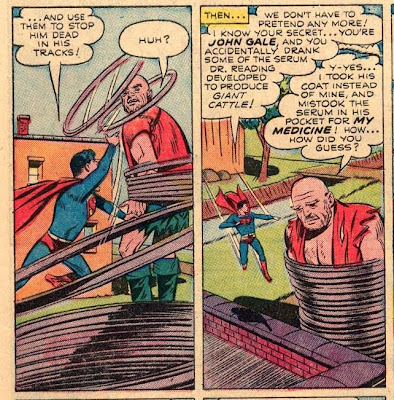 In Adventure #211, Superboy has an interesting dream about his future life as Superman. In the dream (where he has become a museum curator), he meets an inquisitive reporter for the Daily Planet named Lois Lane. The writer highlights how amazing it is that his dream correctly predicts this part of the future: 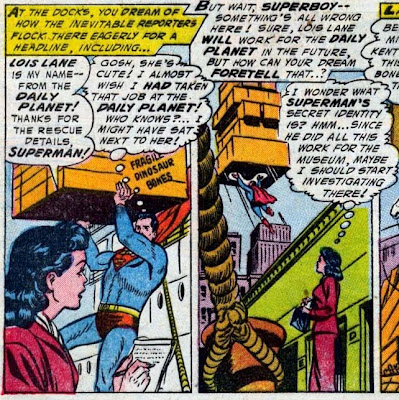 At the end of the story, Clark realizes that there is a good explanation as to how his dream predicted Lois' career as a reporter: 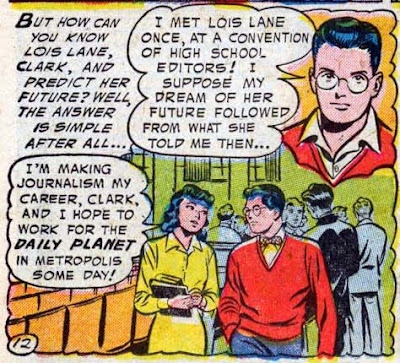 And as it happens, there was an earlier story where Lois and Clark had met (although the circumstances are slightly different than indicated): 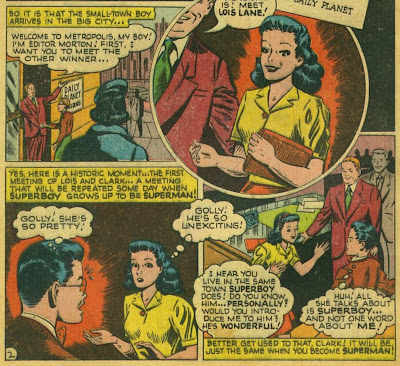 I talked about some other continuity examples in the Golden Age of Batman last year.
Posted by Pat at 1:25 AM

I love how the giant claims he was reaching into his pocket for his "medicine". So kid-friendly!