It was noted in a recent post at Comics Should Be Good that the Martian Manhunter's powers were quite extraordinary and that they kept growing as needed by the plots. So here's a look at what J'onn J'onnz could do.

We learn about his first power in the very first panel featuring him: 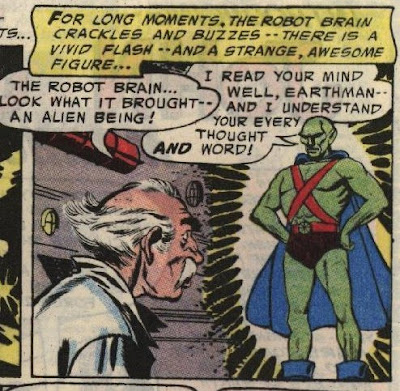 He can change his appearance at will:

His mind over matter ability comes in handy: 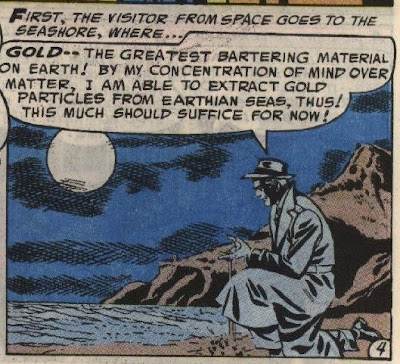 Two powers are hinted at here, but not stated: 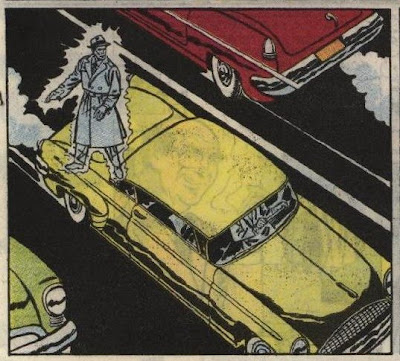 He can make his body insubstantial, and turn invisible. Of course, you can argue that the invisibility power is simply a use of his ability to change his appearance. Making his body insubstantial is a power that has many applications in the stories. For example, he often uses it to walk through walls or to let bullets pass through him.

This power is a bit problematic: 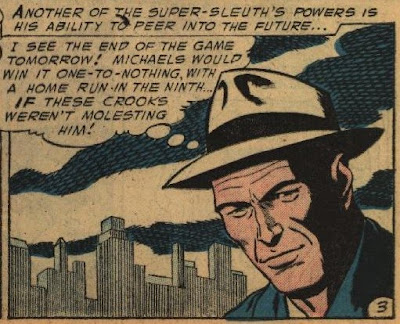 Note that he is not just seeing into the future, as the text states. He's seeing into a future that no longer exists. Indeed, in the story, Jones has to intervene to make that future come true.

Here's one that I'm going to call foul on:

There are numerous other examples of the writers using ridiculously convoluted language to describe his powers, when really they are just applications of some of the abilities already discussed. For example: 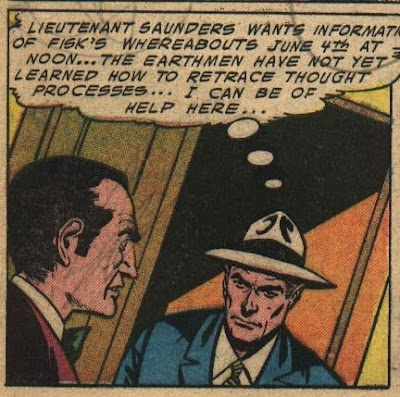 Retracing thought processes is just an application of mind-reading.

Of course, you can make similar arguments about a lot of the powers, so it can get a little arbitrary. For example: 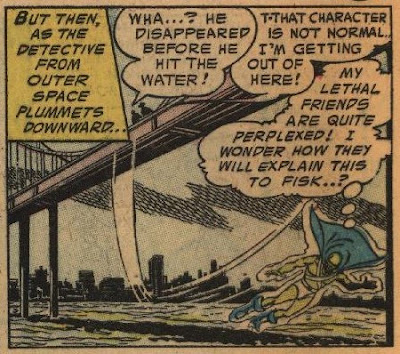 Is he flying? Or just using an application of his mind over matter ability? I'll go with flying here, but obviously that's a judgment call. 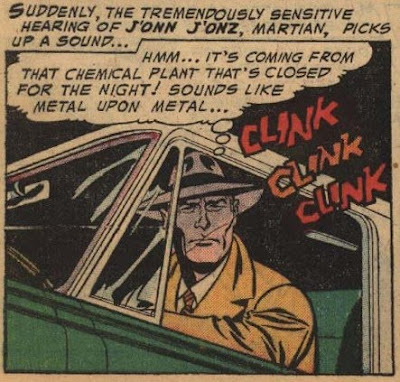 The first of his awesome eye-powers makes its appearance: 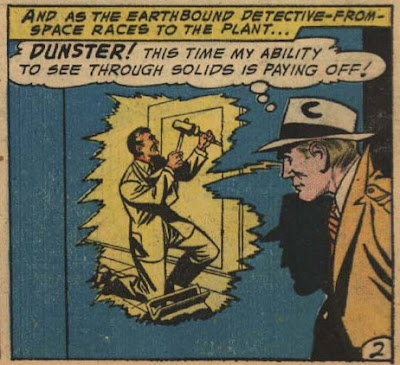 Figuring out what to call some of the powers can be tricky. I guess we should call this one "near-invulnerability": 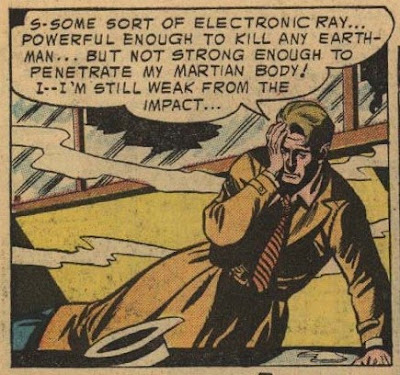 And this probably qualifies as microscopic vision: 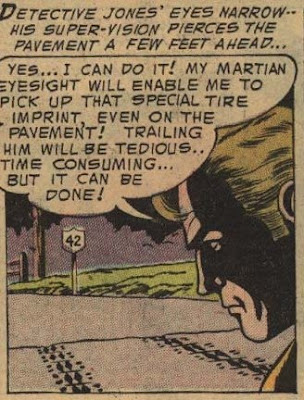 We learn a little bit more about the source of J'onn's powers here:

Here's a power that didn't get used often: 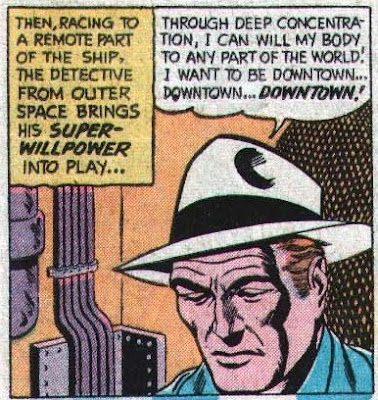 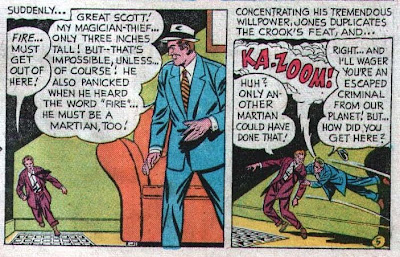 He can change his size, and in this case, I don't think from the context that it's just changing his appearance. 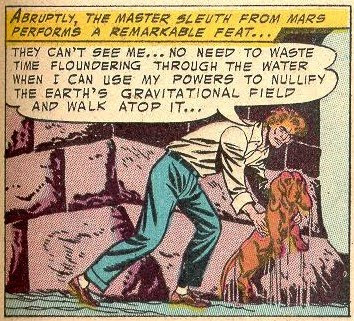 Nullifying the Earth's gravity sounds like flying, doesn't it? Still, walking on the water implies something a little different, and it's such a cool and unique power that I can't resist including it in the list.

That's it for the first ten stories (Detective 225-234). I will return to this post and add more powers over time.

Here's the list so far: Mind-reading, changing his appearance at will, mind over matter, making his body insubstantial, invisibility, the ability to see possible futures, flying, super-sensitive hearing, X-ray vision, near-invulnerability, microscopic vision, teleportation, changing his size and walking on water.
Posted by Pat at 10:15 AM

I always thought the Manhunter would have made a more lasting impression on the minds of fans if he wasn't for this "garbage bin" of powers. How does anyone lock on to a hero if he can do whatever he wants from panel to panel? If Batman suddenly emitted paralyzing rays from his fingertips or Superman abruptly turned invisible, their credibility and prestige would plummet.

To me, the creative folk should have delineated Manhunter with the "sneaky powers". Invisibility, shapeshifting and telepathy. Maybe intangibility. None of Superman type powers.

Another flaw anchoring making the character perpetually a "bridesmaid" was "Martian". For fifty years, since "War of the Worlds", the public had been shown that Martians were feeble, over-brained and reliant on their technology for any hijinx on Earth. Calling this green demigod a "Martian" always makes me twitch.

The color episodes of the Adventures of Superman tv series tended to do the same thing. When Superman needed to save the day or solve a problem he could levitate, walk thru walls, split in two, etc.

Walking on water could very well just be changing one's mass/density so that the pull of gravity isn't strong enough to break the water.