Up till now, all the swipes I have covered involve stories updated for either Superboy or Superman. But here's one where a Superboy tale was converted into a problem for his adult counterpart: 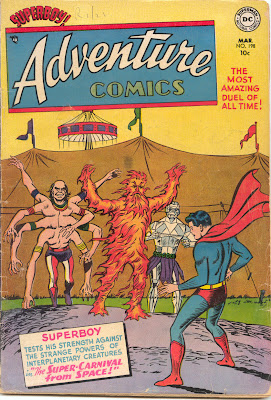 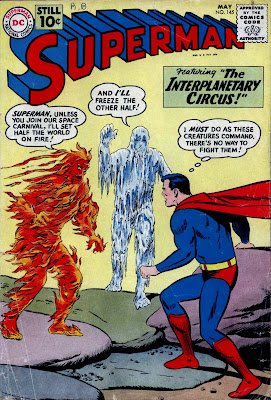 In both stories, a circus advertising itself as being from another world sets up on the outskirts of town (Smallville and Metropolis, respectively). Both circuses require coins instead of bills: 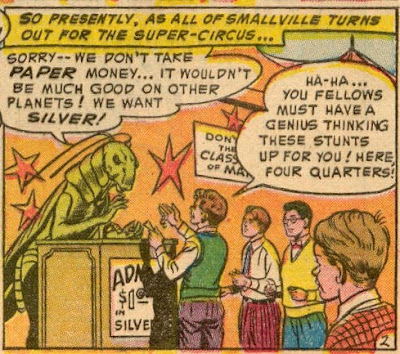 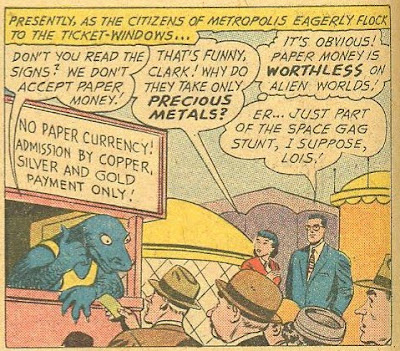 The updated version does have one of my favorite goofy Silver Age panels: 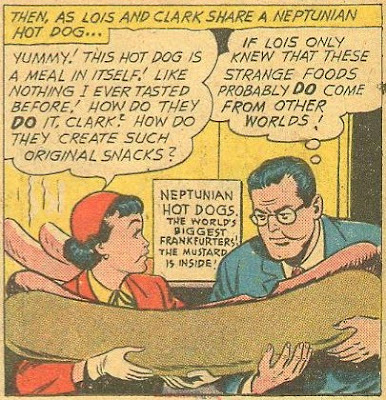 In each case, Kal El prevents a disaster from occurring, resulting in a surprising offer: 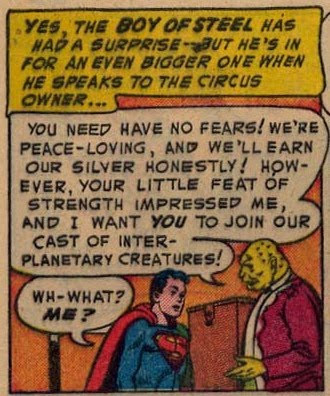 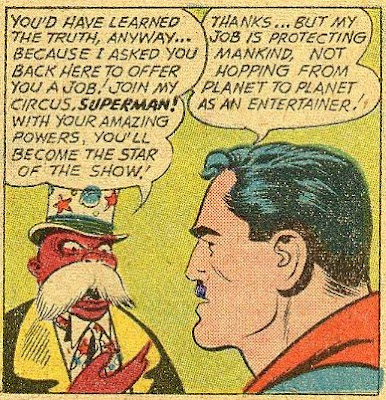 But the circus owner won't take no for an answer, and sics some of his monsters against the Lad/Man of Steel. At first he is able to defeat them, but: 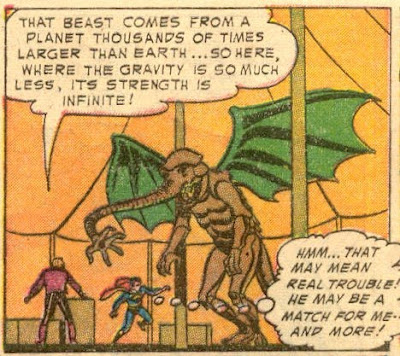 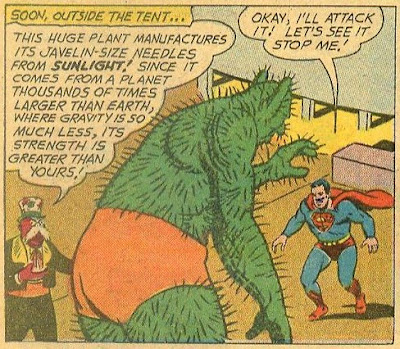 Neither beast can beat Supes, but he cannot beat them either. It looks like a stalemate, but the circus owner threatens to loose the monster on the nearby town. So Superboy/Superman agree to join the circus reluctantly, but warn that they will leave if they can figure out away to defeat their nemesis. Which they shortly do: 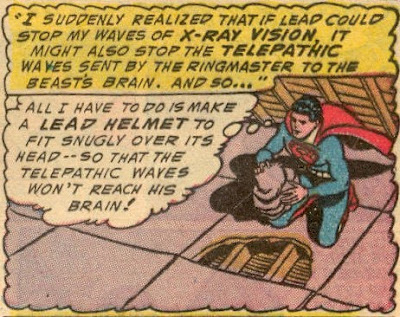 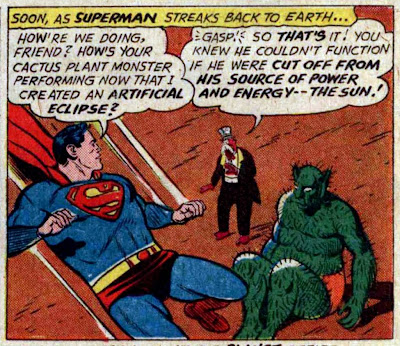 Incidentally, these stories fit Weisinger's seven year pattern nearly precisely with Adventure #198 coming out in March of 1954, while Superman #145 carried a cover date of May 1961.
Posted by Pat at 6:19 AM

A meal in itself?! Is this the prequel to "The Fat Lady of Metropolis" or something?

Great Scott!
I have the german pocket-book version of the Superman tale, one of the first I ever got. Superman flying the moon in front of earth to create an artificial eclipse was just sooo out there. And look at poor Cactus Jack just sitting on his keister there!