Picking up with issue #4, we encounter our first repeat Green Ring Thing, a Giant Net:

As with the first net it's marginal to call it giant, and given that it doesn't work, it only gets one Star Sapphire out of five possible.

The next Green Ring Thing is a stethoscope:

The text describes it as huge, but does it qualify as giant? Ah, well, I can't resist the opportunity to add a Giant Green Stethoscope to the list. Two Star Sapphires. 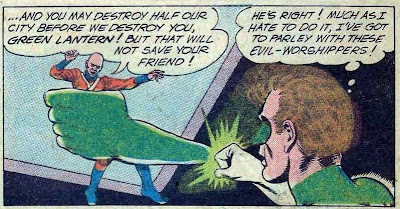 Pretty dull, though, so we'll only give it the minimum one Star Sapphire.

Next up is a Green Ring Thing Shield: 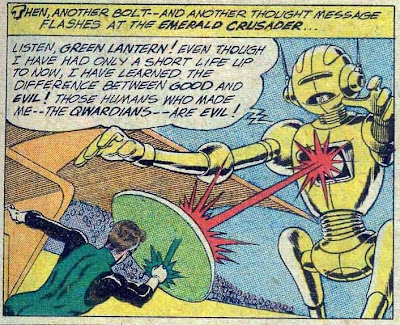 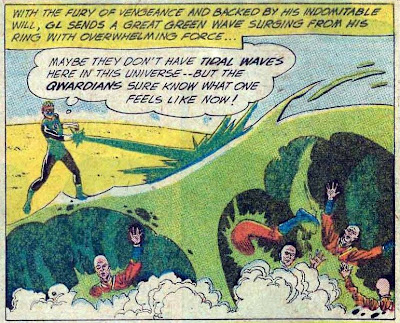 Tempting, very tempting, but that does not look like an oversized tidal wave to me.

What to call Green Ring Thing #22? 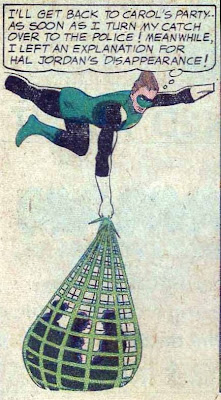 It's kind of like a net, kind of like one of those old-fashioned shopping bags that ladies used to bring to the supermarket with them. And so that's what we'll call it, and as it is giant and retro, we'll give it three Star Sapphires. 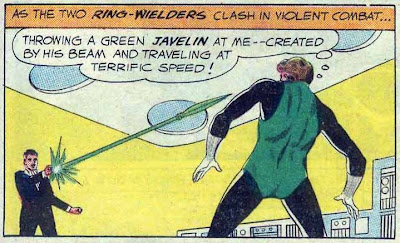 A spear, but not a giant spear. 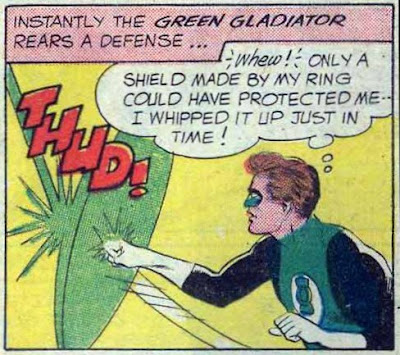 A shield, but not a giant shield. And in the next panel: 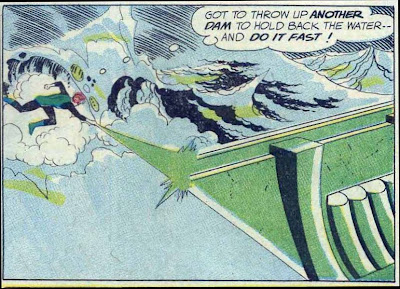 But not a giant dam. 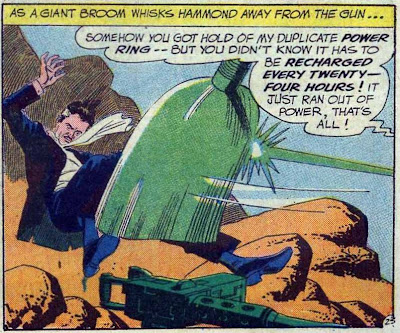 Green Ring Thing #28 is rather unusual:

I'm not sure why GL would only be able to do this on a planet with a "super-magnetic field"; presumably Schwartz was looking to make sure his writers didn't overdo this particular trick.

The hands move out into the lead, but still no sign of the Giant Green Boxing Glove!
Posted by Pat at 10:08 AM