You Learn Something New Every Day...

At least, you did when you read DC's Silver Age comics. In addition to the regular features, several of the mags had informative features about science and history. Here's a sample from Green Lantern #2: 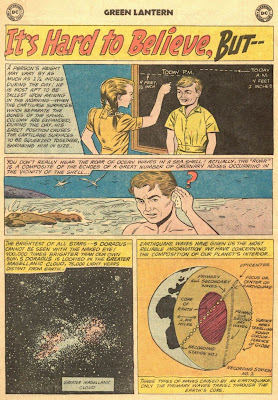 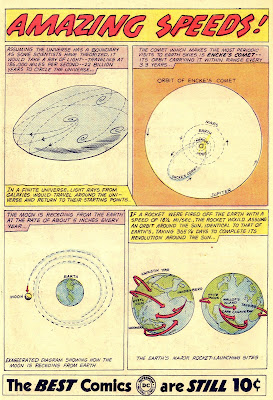 In Wonder Woman we found out about quaint romance and marriage customs throughout the world: 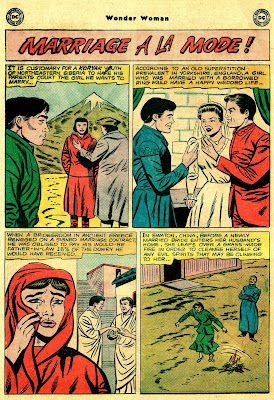 Was DC doing its civic duty, or just abiding by postal regulations? Actually, a little of both, according to a response to a letter in Green Lantern #5: 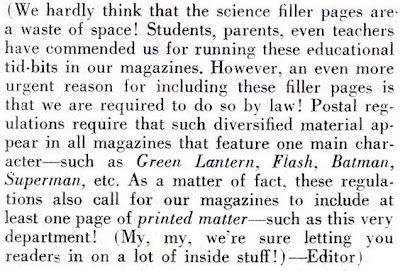 Now the funny thing is that DC did have an irregular "fact" feature in Batman called "Strange Old Laws", but it didn't appear in every issue by any means. In fact, the fillers in Batman were much more likely to be Henry Boltinoff cartoons like Warden Willis, Casey the Cop and Jail Jests: 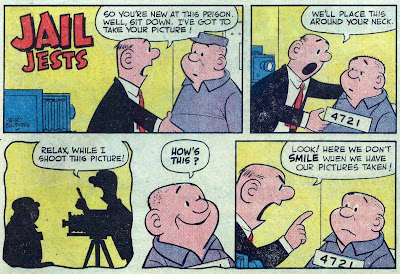 Although they did have a Public Service Announcement in virtually every issue, so that may be how they got by: 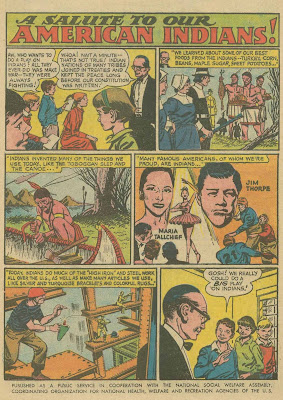 That kid in the blue shirt is DC's version of Goofus, although he generally learns a lesson by the end of every PSA.
Posted by Pat at 7:31 AM