Here's a classic tale from Superboy #78, January 1960. Ma Kent tells Superboy that her intuition tells her that this is going to be a day of big changes for him. He laughs, believing a woman's intuition is a lot of nonsense. In the next sequence, he spots an alien spaceship. The woman piloting the ship is so startled to see a boy flying that she temporarily loses control. Superboy saves her, but indulges himself in a little careless sexism. 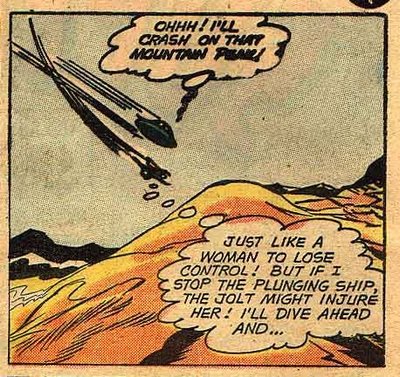 Although Superboy saved her, she's angry at him for his thoughts, so she bathes him in a ray from her ring that indeed produces quite a change: 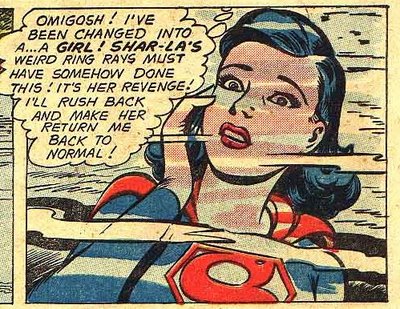 Initially, of course, Superboy is dismayed at the change. Then an interesting thing happens: 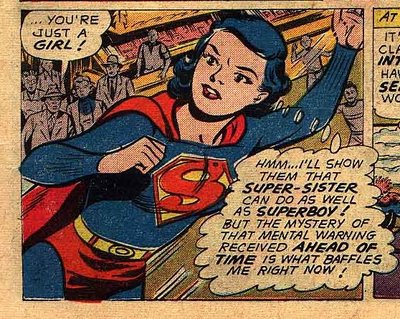 Of course, that mental warning received ahead of time is Super-Sister's woman's intution. For the rest of the story, Super-Sister helps women in trouble. At the very end, Superboy wakes up and discovers that he's been hallucinating the whole experience under the spell of Shar-La's ring. 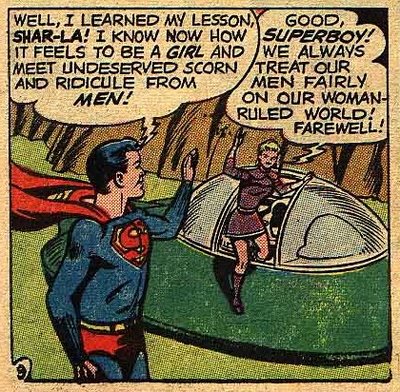