Hansi, the Girl Who Loved The Swastika 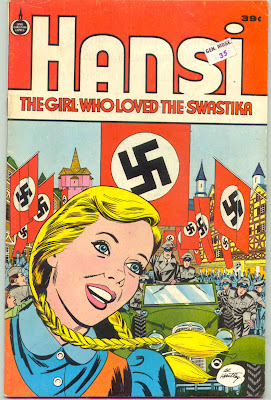 This one's a little outside my normal bailiwick, having been published in 1976, but it's such a wild issue that I couldn't resist sharing some parts with you. First, imagine being Jewish, walking past the local Christian bookstore, and seeing the cover of that comic through the window. You'd likely think that the local Christians were a bunch of skinheads.

The comic tells the story of Hansi, a young Czech girl who becomes enamored of the Nazis and the new opportunities for her to advance her education. She wins a scholarship: 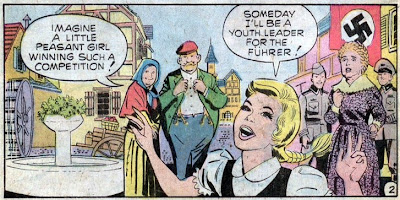 As you can see, her mother (far right) is a little less thrilled about that prospect, and urges her to never forget Jesus. She arrives at her new school and learns about the Jewish Question: 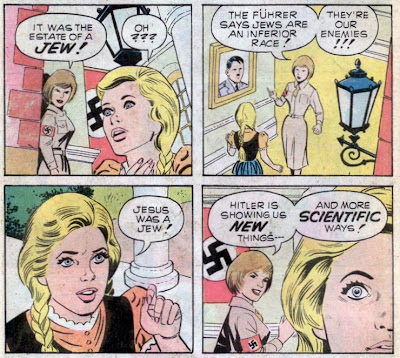 Although Hansi never expresses anti-semitic thoughts in the book, she does become gung-ho about the Third Reich and discards her religion: 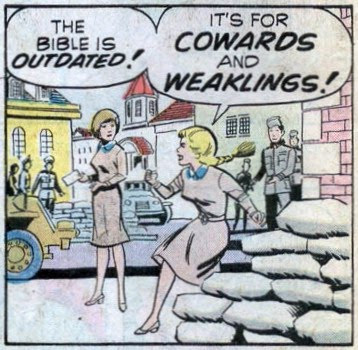 But as the war turns against the Germans and the Russians take Czechoslovakia, Hansi is imprisoned in a labor camp: 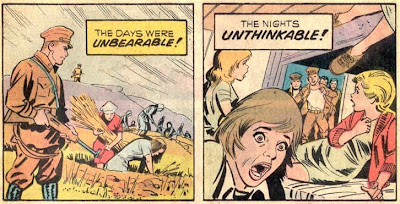 Deciding to break out, she tells her friend that they will go to West Germany, where the Americans are: 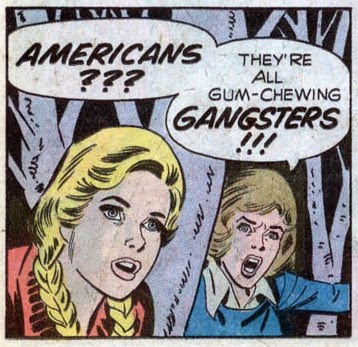 She makes it across the no-man's land into the American territory. At first she's suspicious of the young GIs: 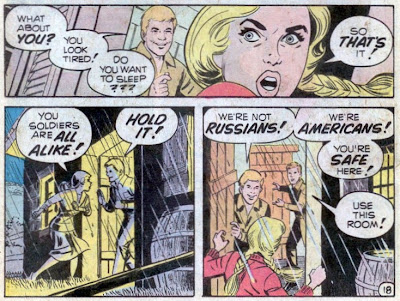 But they win her trust and respect. In the postwar era she becomes a teacher in West Germany, and is eventually reunited with her childhood sweetheart. But something is missing in their lives, and eventually her husband finds it: 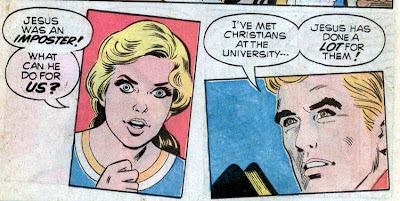 Well, you know Hansi, she never does anything half-hearted, and so her faith and her family increase over the years. Finally they emigrate to the USA: 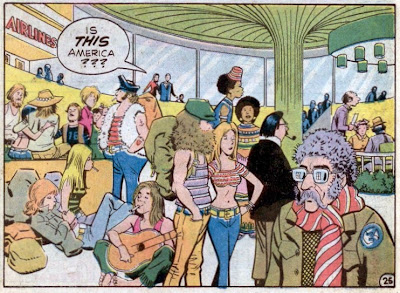 Of course that's a bit of comic art license, as Hansi, a young woman during WWII, would be unlikely to have small children in the mid-1970s, when that kind of scene would be taking place. Hansi becomes a teacher in the United States, but she feels a calling to open up her home to young people who are in trouble and convert them to Jesus. She also takes her ministry to the local prison, where she gives a very inspiring speech: 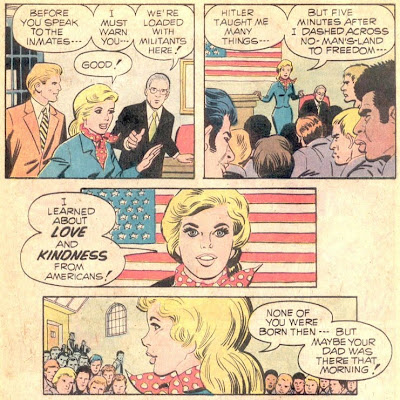 Oddly, the speech is all about America, not about God, perhaps indicating that she's ready to put some faith in her country as well as in her religion. She does muse a bit earlier about how wrong she'd been to place faith in Nazism, so perhaps this is a turning point for her.

Comments: Hansi is certainly a very interesting and strong character, and Al Hartley draws her superbly. The story is based on the actual life of Maria Anne Hirshmann, originally with the same title, but apparently at some point changed to the less likely to mislead title of Hansi, the Girl Who Left the Swastika. Although obviously Christians would be most likely to enjoy this comic, it's quite entertaining just from a story-telling standpoint.

The cover still strikes me as crazy.
Posted by Pat at 5:51 AM

I own this one...am pretty sure i got in Sunday school or some such thing! For years have wondered...what the heck?! Whay did they give it to me Lol!

"Americans are gum-chewing gangsters!" is classic. Also, the Bible is outdated and for cowards and weaklings is pretty great too.