1. What villain was responsible for Professor X losing the use of his legs? 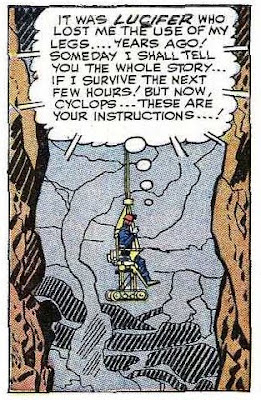 2. What organization did Flash Thompson start?

3. Jeopardy-style: Flash Thompson, Mysterio and the Chameleon. (That's the answer, what's the question?)

Who were the three people who dressed up as Spiderman (other than Peter Parker) in the first 20 issues of Amazing Spiderman?

4. What villain was Professor X's step-brother?

5. What position did Professor X play in football? 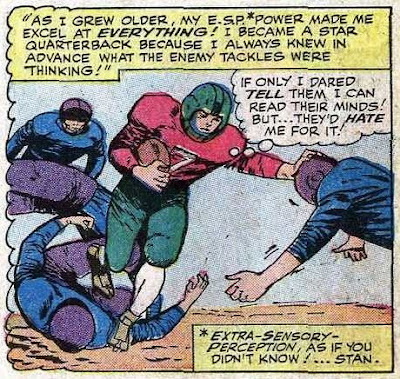 The Prof was a quarterback in football.

James Murton came, he saw and he kicked major league butt on this quiz, getting all five answers correct. RAB got the first four correct. ShadowWing Tronix got #4, while Jacque Nodell was right on #1 and #4. Sorry Jacque, but while Flash Thompson may be an enemy of Peter Parker, he's a big fan of Spidey! And Ralph C doesn't realize it, but the Chameleon has been in his kitchen; did you really check that meter reader guy's ID carefully?
Posted by Pat at 6:59 AM