In 1958, the New York Yankees avenged their 1957 World Series loss to the Milwaukee Braves by winning Game 7 at County Stadium. The NFL Championship went to the Baltimore Colts in a 23-17 overtime thriller over the New York Giants, in the game that is generally credited with popularizing professional football, which up till that game was considered second fiddle to college gridiron. The top song that year was Danny and the Juniors' At the Hop, while the #1 TV show was Gunsmoke.

In 1958, Jack Schiff was not the credited editor in the Batman magazines; he did not assume that title until March of 1959. However, according to many sources, Schiff was the de facto editor of the Batman from well before his name appeared in the indicia.

In Batman #113, Batman becomes the Superman of Planet X (Zur-En-Arrh): 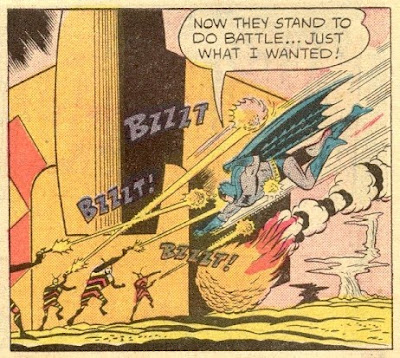 Status: True aliens (two races). One race is human-sized and multi-colored for two Klaatus, while the other is human sized and Caucasian (five Klaatus for the Batman of Zur-En-Arrh).

In Batman #116, Batman encounters the winged Bat-people while in another dimension: 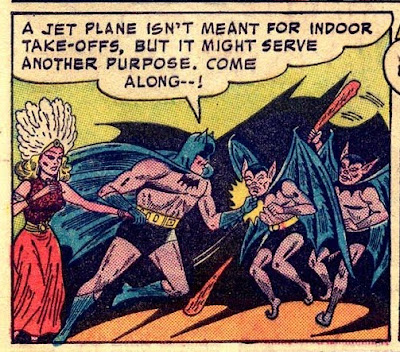 Status: True aliens, slightly smaller than humans and winged; five Klaatus. The second race of aliens is human-sized and Caucasian in color; only one Klaatu. Although the story takes place in another dimension, it's also on another planet.

In Batman #117, a crook gets assistance from an alien: 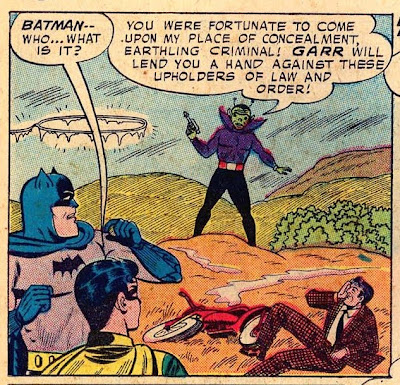 In Detective #251, Batman himself turns out to be an alien: 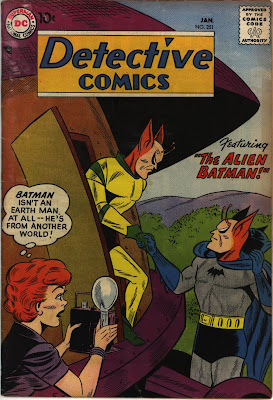 Status: Fake alien (both Batman and the other guy). This was a plot by gangsters to discredit Batman with the public by making them believe he was from another planet.

In Detective #256, Batman and Robin are imprisoned on another planet: 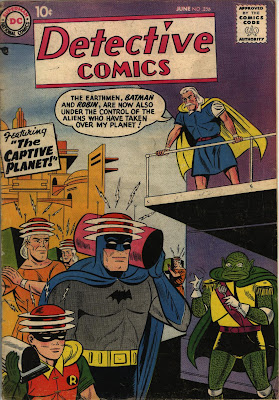 In Detective #256, Batman encounters two aliens (one a lawman and the other a crook) from the future. 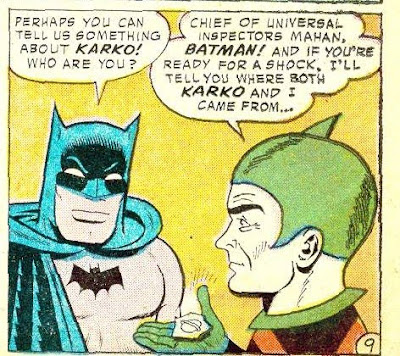 Status: True aliens, human-sized and pale blue in color. Four Klaatus for aliens from the future.

In Detective #260, Batman competes in the Olympic Games of Space: 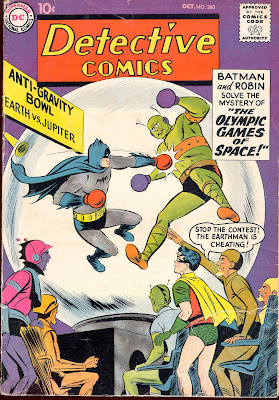 Comments: 1958 was another big year for the aliens.

Totals: Five stories with aliens, one story with fake aliens.