My buddy Snard pointed out one in the chatroom the other day, from Detective #441: 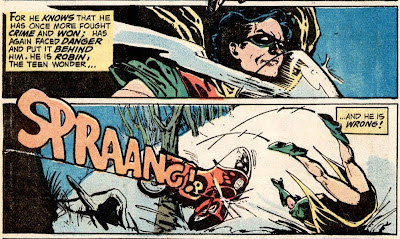 This comes after the credit in Batman #238, so it's pretty obviously a recognition of Dick Sprang, the longtime (1943-1963) artist on Batman.

But then what do we make of this panel from Marvel, circa 1969: 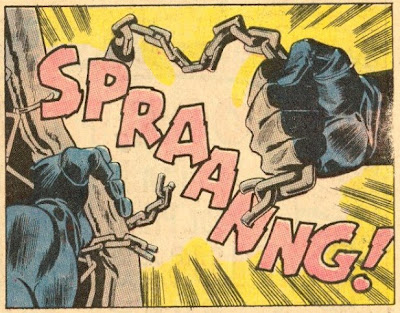 Either of these would be early easter eggs, certainly. One is completely explicable; the other is completely out of the clear blue sky.

So I'm going to assume that the name Dick Sprang was well-known to comics aficionados before his first original credit, and that this actually, and surprisingly to me, is his first official Easter Egg Credit. I was blown away by the Detective #441 Easter Egg, and then I happened to be reading the Iron Man story for yesterday's post and blinked when I saw the sound effect there.