Heheh, I was looking for more Batman and aliens stuff when I stumbled across this rather amusing mistake in Detective #271. In the story, Batman discovers he's got a new ally in the war against crime: 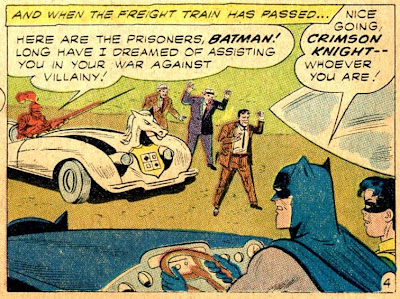 The Crimson Knight is chosen along with Batman and Robin to guard the Liberty Train, a rolling museum displaying priceless historical documents: 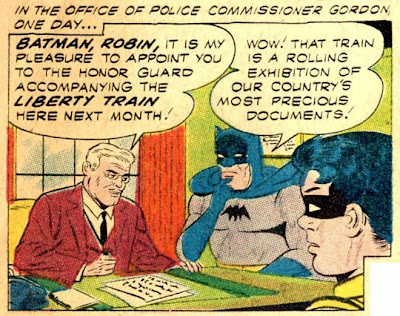 But it turns out that the Crimson Knight's crimefighting was a guise to get him an opportunity to loot the Liberty Train. 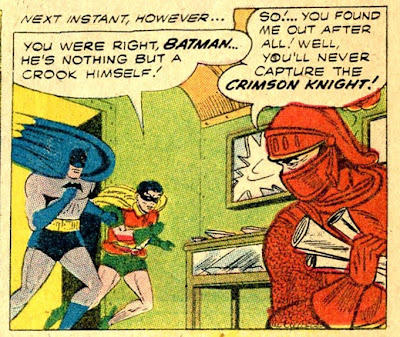 When the dynamic duo burst in on the Crimson Knight, note that he has several of those priceless documents in his hand. And what does Robin do? 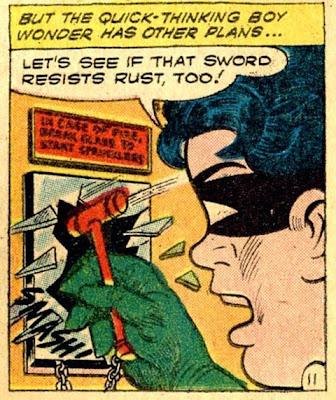 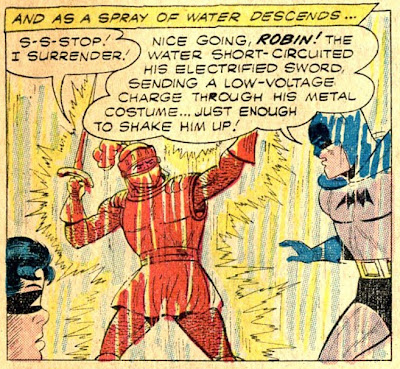 Yes, nice going, Robin! True, it's a bit of a shame that the Declaration of Independence and a couple other priceless documents got a little wet there, but hey, at least you busted that phony Crimson Knight. 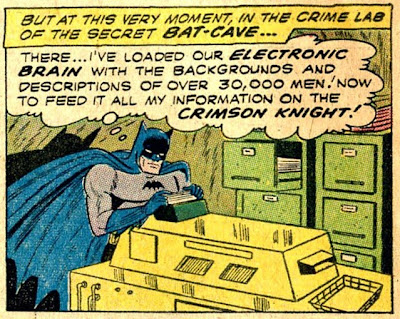 The electronic crime file was the subject of a recent post over at I Believe in Bat-Mite. I talked about that same story a long time ago in my post on Batman 1956.
Posted by Pat at 5:52 AM